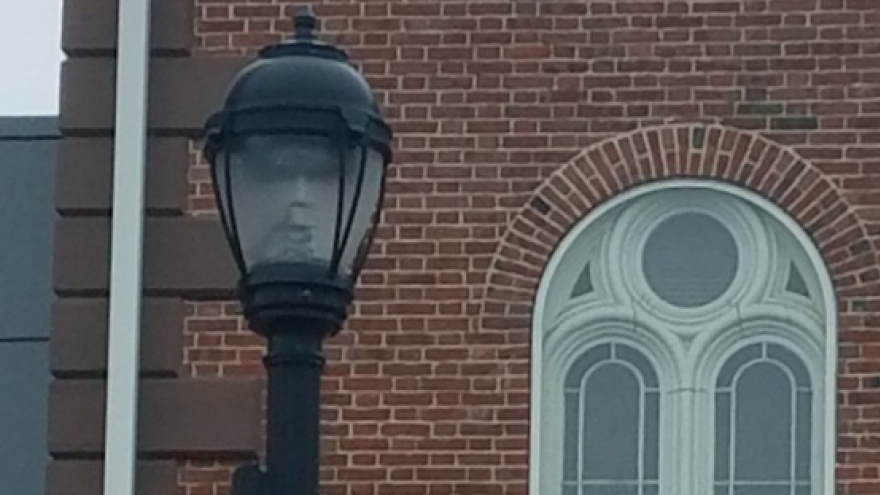 SALEM, Mass. (AP) — A Massachusetts city known for celebrating the occult is drawing attention after its mayor snapped a photo that appears to show a scowling face trapped in a streetlamp.

Salem Mayor Kim Driscoll shared the photo on Twitter on Wednesday. The Democrat asks if other people can see the face, which she calls \"eerie.\"

Many on social media say it looks like a man's face, with a furrowed brow and parted lips. Some say they're spooked. Others say it should be no surprise in Salem.

Salem's attractions include a witch museum, witchcraft shops and a Halloween party that claims to be America's biggest.

The photo was taken outside a courthouse.