"May the 4th be with you!" Local writer talks Star Wars Day 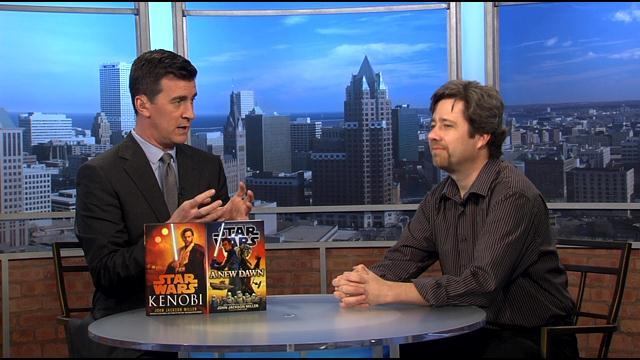 If anyone knows about \"the force,\" it's John Jackson Miller.  The Wisconsin native is known for his work in the Star Wars universe.

In addition to several short stories and comic books, Miller wrote Star Wars: Kenobi, a novel about Obi-Wan Kenobi's life on Tatooine, and Star Wars: A New Dawn, the first novel of the new canon that is replacing what is now known as the Legends Universe.

On Star Wars Day, or May 4th (\"May the fourth be with you\"), Miller joined CBS 58's Bill Walsh live in studio. Walsh asked Miller for spoilers on the upcoming seventh film in the series, \"The Force Awakens.\" They also talked about film director JJ Abrams and the possibility of killing off Jar Jar Binks dying in the upcoming trilogy.

Beware the \"Revenge of the Fifth.\"