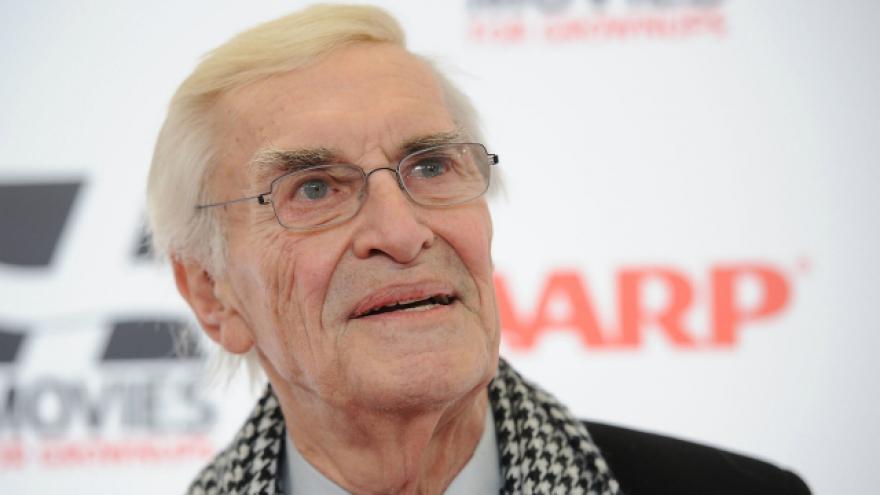 LOS ANGELES -- Martin Landau, the chameleon-like actor who gained fame as the crafty master of disguise in the 1960s TV show "Mission: Impossible," then capped a long and versatile career with an Oscar for his poignant portrayal of aging horror movie star Bela Lugosi in 1994's "Ed Wood," has died. He was 89.

Landau died Saturday of unexpected complications during a short stay at UCLA Medical Center, according to a statement sent to CBS News by his publicist Dick Guttman.

"Mission: Impossible," which also starred Landau's wife, Barbara Bain, became an immediate hit upon its debut in 1966. It remained on the air until 1973, but Landau and Bain left at the end of the show's third season amid a financial dispute with the producers. They starred in the British-made sci-fi series "Space: 1999" from 1975 to 1977.

Landau co-starred with Bain in Rod Sterling's acclaimed series "The Twilight Zone" and in 2011 he lent his voice to an episode of the animated series "The Simpsons," according to the Reuters news agency.

Landau might have been a superstar but for a role he didn't play -- the pointy-eared starship Enterprise science officer, Mr. Spock. "Star Trek" creator Gene Rodenberry had offered him the half-Vulcan, half-human who attempts to rid his life of all emotion. Landau turned it down.

"A character without emotions would have driven me crazy; I would have had to be lobotomized," he explained in 2001. Instead, he chose "Mission: Impossible," and Leonard Nimoy went on to everlasting fame as Spock.

After a brief but impressive Broadway career, Landau had made an auspicious film debut in the late 1950s, playing a soldier in "Pork Chop Hill" and a villain in the Alfred Hitchcock classic "North By Northwest."

He enjoyed far less success after "Mission: Impossible," however, finding he had been typecast as Rollin Hand, the top-secret mission team's disguise wizard. His film career languished for more than a decade, reaching its nadir with his appearance in the 1981 TV movie "The Harlem Globetrotters on Gilligan's Island."

He began to find redemption with a sympathetic role in "Tucker: The Man and his Dream," the 1988 Francis Ford Coppola film that garnered Landau his first Oscar nomination.

He was nominated again the next year for his turn as the adulterous husband in Woody Allen's "Crimes and Misdemeanors."

His third nomination was for "Ed Wood," director Tim Burton's affectionate tribute to a man widely viewed as the worst Hollywood filmmaker of all time.

"There was a 10-year period when everything I did was bad. I'd like to go back and turn all those films into guitar picks," Landau said after accepting his Oscar.

In "Ed Wood," he portrayed Lugosi during his final years, when the Hungarian-born actor who had become famous as Count Dracula was ill, addicted to drugs and forced to make films with Ed Wood just to pay his bills. A gifted mimic trained in method acting, Landau had thoroughly researched the role.

"I watched about 35 Lugosi movies, including ones that were worse than anything Ed Wood ever made," he recalled in 2001. "Despite the trash, he had a certain dignity about him, whatever the role."

So did the New York-born Landau, who had studied drawing at the Pratt Institute in Brooklyn and worked for a time as a New York Daily News cartoonist before switching careers at age 22.

He had dabbled in acting before the switch, making his stage debut in 1951 at a Maine summer theater in "Detective Story" and off-Broadway in "First Love."

In 1955, he was among hundreds who applied to study at the prestigious Actors Studio and one of only two selected. The other was Steve McQueen.

On Broadway, Landau won praise for his work in "Middle of the Night," which starred Edward G. Robinson. He toured with the play until it reached Los Angeles, where he began his film career.

Landau and Bain had two daughters, Susan and Juliet. They divorced in 1993.

Landau was a guiding force in the Actors Studio since the founding of Actors Studio West more than 50 years ago, his publicist's statement added. He was currently serving as its co-artistic director. Donations can be made to the organization.

Recently, Landau was in the middle of writing a yet-to-be-named memoir "touching upon his rich accomplishments and association with other leading lights of theatre, film and television," the statement said.

A documentary titled "An Actor's Actor: The Life of Martin Landau" is also currently being prepared.