19-year-old man injured in shooting near 9th and Wisconsin, suspect in custody

NOW: 19-year-old man injured in shooting near 9th and Wisconsin, suspect in custody

MILWAUKEE (CBS 58) -- Police say they've arrested the suspect wanted in connection with the non-fatal shooting that occurred near 9th and Wisconsin Tuesday afternoon.

A 19-year-old man was shot in the leg near the Milwaukee County Courthouse.

Witnesses at the scene hurried to help him, including a mom and daughter. They say their instincts kicked in, and they don't consider themselves heroes -- just people doing the right thing.

"We were in the courthouse on our way out, and that's when we heard the gunshots," said a witness.

"This incident had stemmed from an earlier argument that occurred after a court hearing," said MPD Captain James Campbell.

"It was first a fist fight and then it proceeded to go into - he got the assault rifle, whatever it was - out of the trunk and shot the kid twice," added a woman on scene.

"I was like okay, well let's stop the blood from going, and I grabbed a sweater, tied it up, it wasn't tying tight enough, and then I grabbed his beater off of him and tied it up real tight just stopping the blood flow," said a witness.

Police say the man is stable.

The courthouse complex was put on lockdown for about 30 minutes. Marquette also put the residence hall on 9th and Wisconsin on a lockdown. 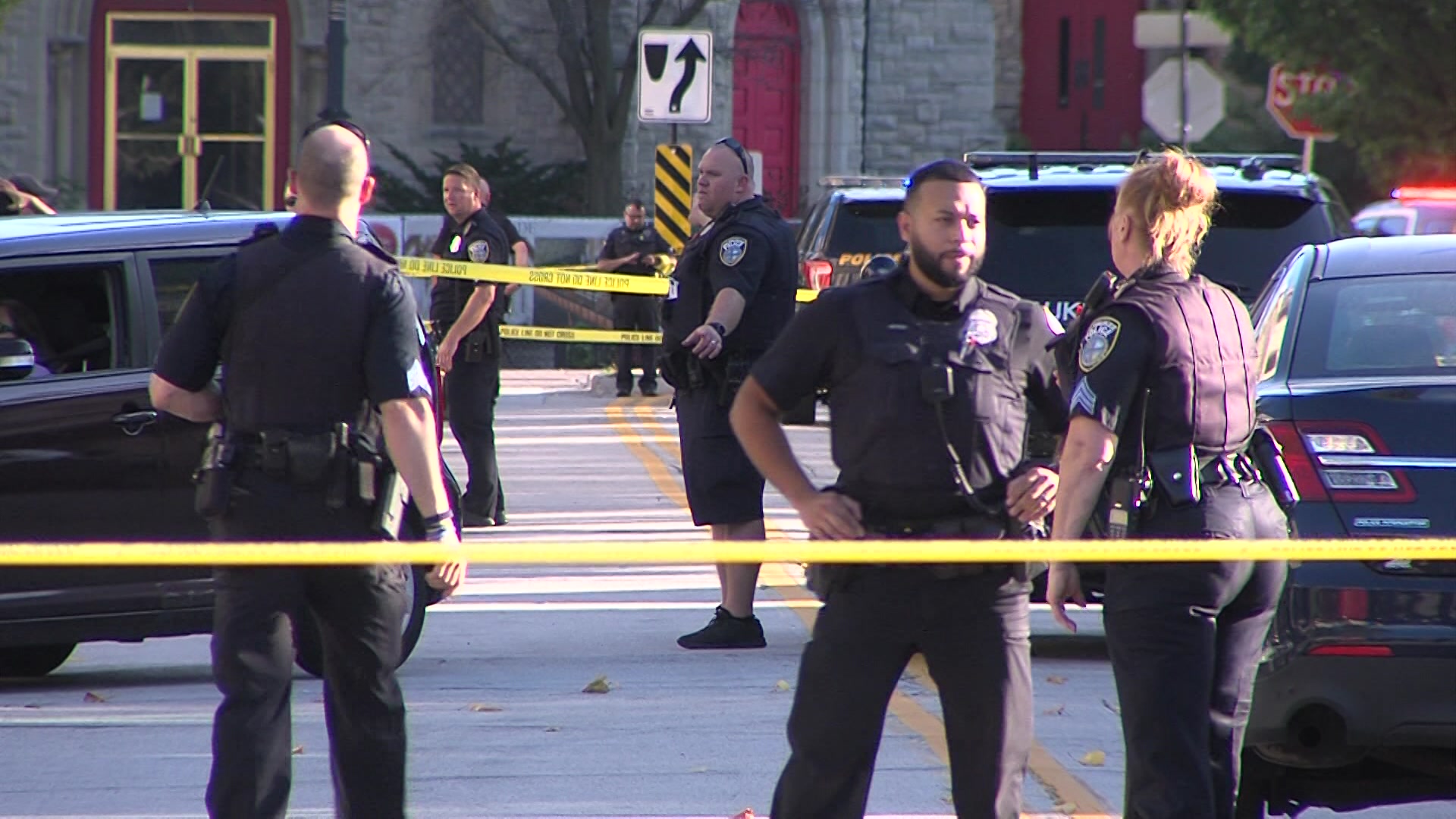 The suspect and victim are known to one another, and MPD is currently seeking the suspect.

Authorities say there is no active threat to the public.

The public is asked to take an alternate route as the scene is still active.

An official statement from Marquette University said the following:

“Shortly after 4 p.m. on September 24, 2019, Marquette University Police, the Milwaukee Police Department and the Milwaukee County Sheriff’s Office responded to reports of a gunshot near 9th Street and West Wisconsin Avenue.

An individual not affiliated with Marquette was transported to a local hospital and is being treated for non-life-threatening injuries.

The suspect fled off-campus in a dark-colored Dodge Avenger. MPD is leading the investigation and anyone with information is asked to contact them at 414-933-4444.

Straz Tower residence hall was briefly put on lockdown as a safety precaution and has since been reopened. There is no ongoing threat to campus.” 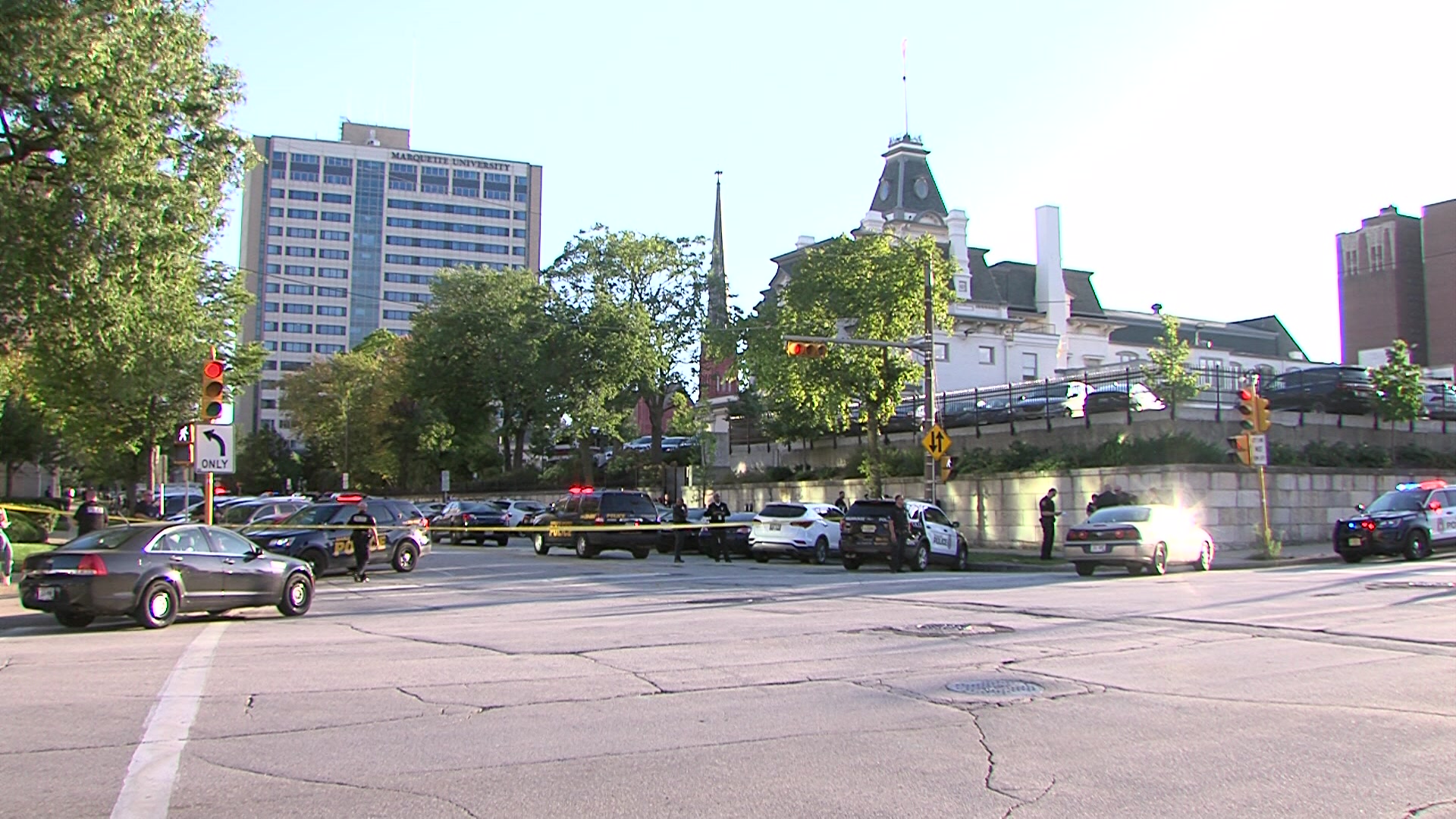 MILWAUKEE (CBS 58) -- Marquette police are reporting a shooting near 9th and Wisconsin.

The university issued a safety alert via Twitter Tuesday afternoon.

One person was taken to a local hospital.

Officials say a former lockdown on the courthouse has been lifted.

No further information has been made available at this time.

CBS 58 has a crew headed to the scene. More updates will be provided as they become available.