Marlin’s Dee Gordon, the NL Batting Champion, Suspended for 80 games after testing positive for PED use 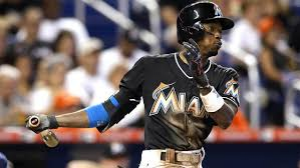 MLB.com reports that Marlins second baseman Dee Gordon, the reigning National League batting champion and a two-time All-Star, has been suspended by Major League Baseball for 80 games without pay for violating the league's drug policy.

The Office of the Commissioner of Baseball levied the suspension after Gordon tested positive for exogenous Testosterone and Clostebol, performance-enhancing substances, in violation of Major League Baseball's Joint Drug Prevention and Treatment Program. It is effective immediately. Gordon would be eligible to return on July 29 when the Marlins play host to the Cardinals.

The announcement was made minutes after the Marlins defeated the Dodgers, 5-3, completing a four-game sweep at Dodger Stadium.

The Marlin’s begin a three game stand in Milwaukee tonight.