Mario Batali's company to cut all ties over "chilling" allegations 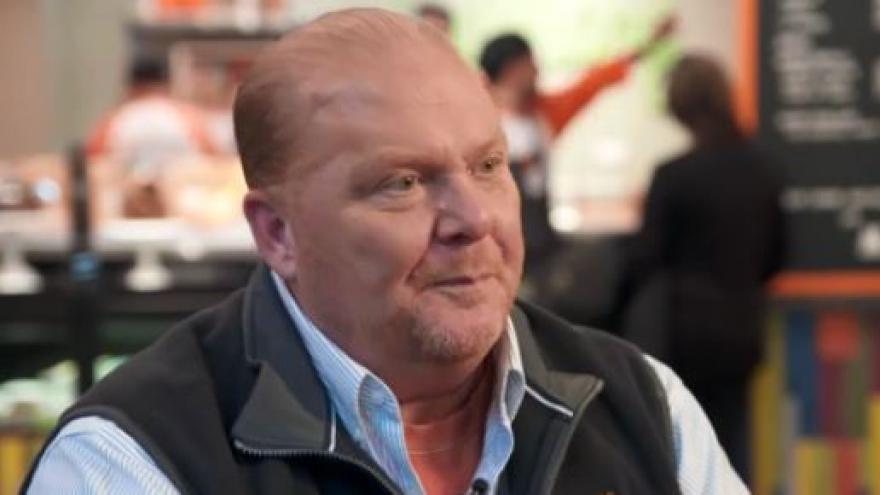 (CBSNews) -- Embattled TV chef and restauranteur Mario Batali has lost his television show and is leaving the company he helped to found. He has apologized for his "past behavior," admitting to "deeply inappropriate" actions with women. Some of his accusers and witnesses opened up to "60 Minutes" correspondent Anderson Cooper about what they say he did.

In a statement released Sunday evening, after "60 Minutes" aired the interviews with alleged victims, the company Batali co-founded with fellow chef Joe Bastianich called the women's accounts "chilling and deeply disturbing," and said it was severing all ties with him.

"This was the first we learned" of the women's accounts, B&B Hospitality Group said in its statement. "Our partnership with Mr. Batali is ending. We have been actively negotiating with Mr. Batali to buy his interests in the restaurants, and he and Joe Bastianich have signed a letter of intent that sets forth the broad terms to do so. We expect to have the final terms set by July 1, and that Nancy Silverton, Lidia Bastianich, Mr. Bastianich, and other current investors will participate in the acquisition."

His soon-to-be ex-colleagues said Batali had "been our partner and close friend, but the actions he has acknowledged required us to separate wholly so that we reinforce our core values for our employees and our guests."

Anderson Cooper spoke to one woman, a former waitress at one of Batali's restaurants, who said she woke up early one morning on the floor of The Spotted Pig, which Batali had invested in heavily and was known to frequent, after he invited her to a party there. The last thing she says she remembers is sitting on the chef's lap the night before, with him kissing her, and then vomiting in a toilet. She believes she was drugged, and that Batali did something "very wrong."

Batali issued a statement saying, "I vehemently deny the allegation that I sexually assaulted this woman."

But The Spotted Pig manager Jamie Seet told Cooper that three years after that incident, she and other employees intervened to stop Batali assaulting a semi-conscious or unconscious woman in the same upstairs room at the restaurant. Seet said she has always felt shame for not reporting that incident to the police.

The New York Police Department has confirmed to "60 Minutes" that there is an ongoing criminal investigation into Mario Batali.