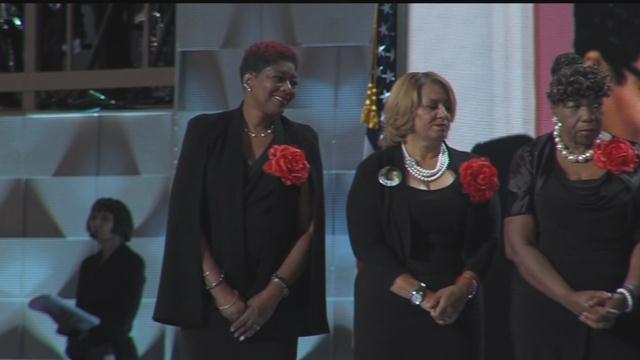 Maria Hamilton says it was an amazing night for her to be with the group of mothers as they worked to deliver a message of change.

Hamilton did not have a speaking role in the group last night, but says she is not disappointed because they appeared on stage delivering as a group.

Their speeches prompted the crowd to chant black lives matter on a few occasions.

The group voiced why they stand behind Hillary Clinton as president saying she was the only candidate to reach out to the parents.

Many of Clinton supporters have praised the group's appearance.

Hamilton says she is noticing some negative comments.

"We're trying to work with the police in our different communities and change the way police engage with black people in our cities. So I found that insulting to say that they pitted us against the police officers or anybody else who have died,” said Maria Hamilton.

Hamilton, also, her and the other mothers of the movement had a chance to meet former President Bill Clinton last night and were invited to sit in his box here at the Wells Fargo Center.