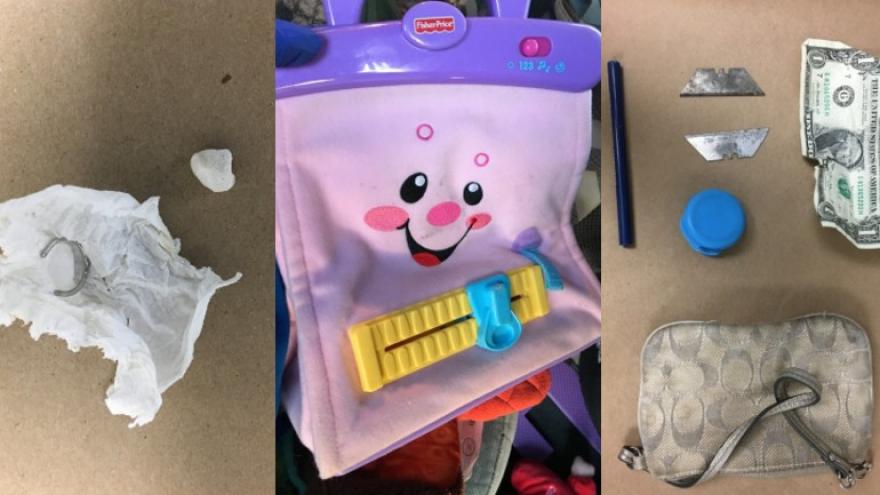 The sheriff's office says on Sunday, Oct. 6, a deputy pulled over a vehicle on Highway 45 in the Town of Polk, whose registered owner had a warrant out for their arrest. Upon making the stop, officials learned both occupants --- identified as a 35-year-old Kewaskum man and a 35-year-old Lomira woman -- had warrants out for them.

Authorities searched the vehicle and located a children's bag with razor blades and fentanyl residue inside, as well as other paraphernalia. Officials say another container of white powder residue was located in a children's toy purse. Marijuana was also found in the car.

The man and woman were taken into custody, and a body scanner revealed the woman was hiding drugs in her body that turned out to be fentanyl.

Both now face felony drug charges. Although the child was not present at the time of the arrests the case was forwarded to child protective services.

Authorities noted fentanyl is a synthetic opioid that is 50-100 times stronger than heroin.

“This is great example of the patrol and jail divisions working together with the tools they are provided to combat the opioid epidemic right here in Washington County," said Washington County Sheriff Martin Schulteis said. "Keeping contraband out of the jail, especially dangerous drugs such as fentanyl is a top priority of our agency. The smallest amount of this substance can have lethal consequences to inmates and staff. We are appreciative of our staff’s outstanding work in this case. From conducting the traffic stop and locating dangerous drugs in and around where a child could be present to the corrections staff whose observations and persistence prevented a deadly substance from getting into the facility.”