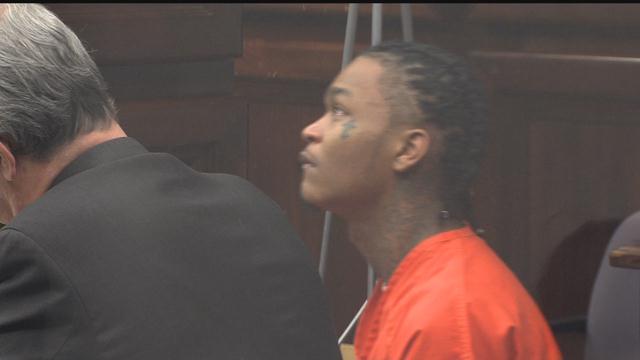 The Milwaukee man who supplied one of the guns used in the deadly shooting of 5-year-old Laylah Petersen is going to prison for his role in several unrelated shootings.

Forbes was sentenced on three separate charges relating to the incidents in November of 2014.

Forbes fired a weapon into a home, and two days later fired into an unoccupied car.

Fortunately no one was injured in either case.

In all, Forbes was sentenced to 11 years in prison and 11 years post supervision.

He rocked back and forth as the sentence was read.

Forbes gun was used in the 2014 shooting that killed 5 year old Laylal Petersen, but did not face charges in that case and instead testified against Carl Barrett

Judge Rosa said Forbes had been in his courtroom as a teenager and said the sentencing was extremely difficult.

“This is a case that requires prison. Anything else could take away from the seriousness of the offense, it would absolutely send the wrong message to the community and others who might want to might want to engage in this type of behavior,” said Rosa.

Forbes will also have to pay $800  in restitution to justice point for cutting off a GPS bracelet.