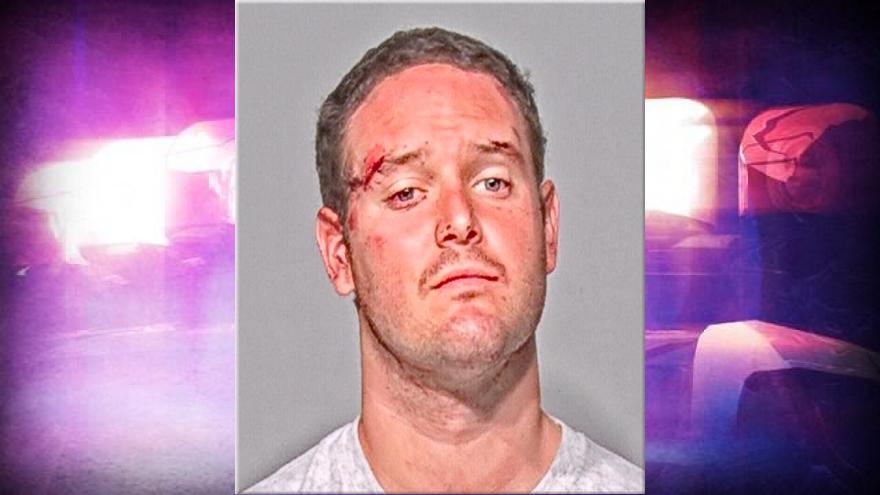 MILWAUKEE COUNTY, Wis. (CBS 58) -- Deputies had to tase a man after he reportedly crashed on I-43 southbound and danced in the middle of traffic while on drugs.

The Milwaukee County Sheriff's Office said a deputy responded to a crash on I-43 southbound near Daphne Road around 6:40 p.m. Wednesday. As he was approaching, the deputy says he saw a man, identified as 30-year-old Jordan Klock of Sheboygan, jump over the median GM wall from the southbound side to the northbound side.

The Sheriff's Office says the deputy positioned his squad to protect Klock from oncoming traffic and Klock charged at the squad. The deputy ordered Klock to the ground but Klock ignored the deputy and the deputy tased him. After falling to the ground, Klock then jumped up and ripped the probes out of his chest.

Klock then continued to walk in the northbound lanes of traffic, acting strangely by doing things like karate moves and clenching his fists in a threatening manner.

Glendale Police then responded to the scene and Klock ran from officers and started to leap over the median GM wall again. He was stopped by Glendale officers and sheriff's deputies and fell to the ground and suffered a cut above his right eye.

The Sheriff's Office says four officers tried to restrain Klock but he was able to lift all four of them off the ground. Once secured with wrist and leg restraints, Glendale first responders were able to treat his cut and gave him medication to calm him.

The Sheriff's Office says Klock was taken to the hospital and later to Milwaukee County Jail where he was in the special needs area. After becoming more combative, he was taken back to the hospital for additional treatment.

Klock faces charges of third offense OWI/drugs, second degree recklessly endangering safety, and resisting/obstructing. His prior OWI convictions were in September 2009 and January 2013.

Witnesses told deputies that Klock side-swiped a semi-truck that was in the right lane by passing it in the distress lane. When he hit the semi, Klock bounced off the right distress wall and crashed into a vehicle in the left lane of traffic.

After the collision, Klock allegedly jumped out of his car, began to dance around barefoot, and then tried to climb up the semi-trailer cattle hauler before going into traffic.