Man steals 10 bras from Walmart, gets shot in nearby office building 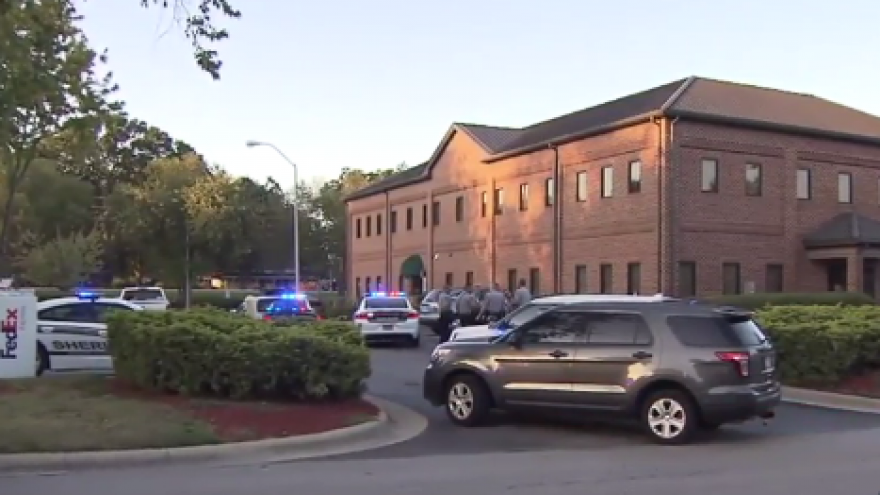 KNIGHTDALE, N.C. (CNN/WRAL) — A larceny suspect fleeing from police after stealing 10 bras from Walmart was shot Monday night by a woman in a nearby office building.

C.H. Wells, CPA was closed to the public Tuesday, and a sign on the door read, "Only clients will be able to enter with an appointment until further notice."

Authorities were called to a Walmart at 7106 Knightdale Boulevard on for a reported larceny at about 6 p.m. when the suspect fled from the store on foot.

Once there, Branch forced his way inside the two-story building, which houses multiple businesses and encountered 54-year-old Connie Wells inside the building.

Police are not releasing details about the encounter, but the incident left Branch with a single gunshot wound.

Wells, the owner of the business and a concealed handgun permitee, was working alone when the incident occurred.

Branch was taken to WakeMed for treatment of life-threatening injuries. He is in critical but stable condition.

Branch had a criminal history, including an assault charge against a woman. He is also on probation fora drug charge.

"People are understandably curious about whether or not Mr. Branch was armed when he encountered Mrs. Wells," said Knightdale Police Chief Lawrence Capps.

"It is important for everyone to understand that the dynamics of such a case must be handled with great care. It is necessary for certain details to be preserved in order to maintain the integrity of the investigation. At some point, out agency will be conferring with the District Attorney's Office to determine the most appropriate course of action."

Capps said officers were not close enough to Branch at the time of the shooting to witness the encounter.

Rhonda Allen works with the NRA as a training counselor and is the state leader for The Well Armed Woman organization. She says more women are seeking firearm training.

"I think the lesson to be learned is that individuals need to be prepared for all times day or night because you never know when it's going to happen," she said.

"I am relieved that she was able to keep herself safe in that situation."