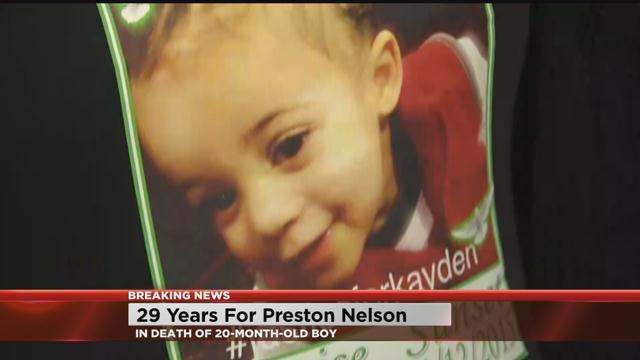 A sentence was handed down in the case of a man charged with beating a 20-month old child to death.

Preston Nelson is sentenced to 29 years total, 17 of those will be spent behind bars, the other 12 have the opportunity to become extended supervision.

The state was asking for 31 years total for this is to less.

It was an emotional court room today, Preston Nelson lowering his head several times as detailed or read by the prosecutor.

The child's mother, Angelica Burkett, spoke to the court fighting back tears.

Back in February Nelson put guilty to second-degree reckless homicide and child abuse. That's a reduced charge from the original first-degree homicide. With that charge he would've been facing up to 60 years in prison.

Burkett was overwhelmed with emotion after today's sentencing and she did not want to make a comment to the media.