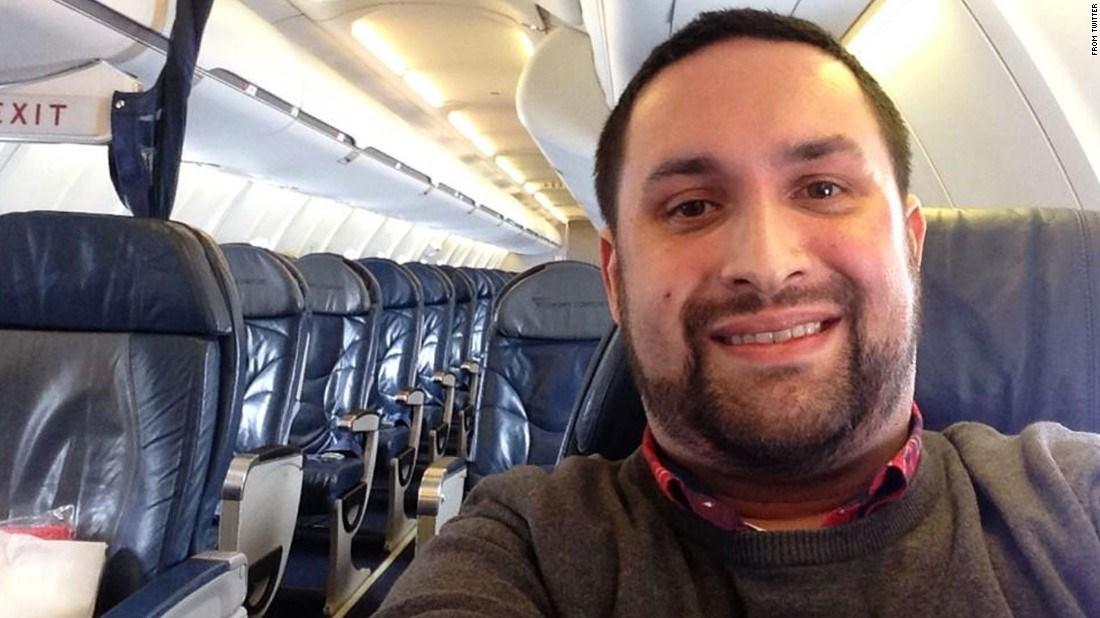 (CNN) Imagine boarding your next flight and having the entire cabin to yourself.

In this age of overstuffed planes, where we squeeze our bodies into cramped seats and jockey for overhead bin space, it sounds like a dream -- one that would never happen.

But it did -- sort of -- on Monday for a man who boarded a long-delayed Delta Airlines flight from Cleveland to New York to find that all his fellow passengers had been rebooked on other flights.

The man, Chris O'Leary of New York City, did what most of us would probably do. He chose an aisle seat near the front of the plane and stretched out. He chuckled at the absurdity of his situation. And he got a flight attendant to snap pictures of him, with rows of empty seats in the background.

Then he began tweeting.

\"They rebooked everyone but me on another flight to LGA, so I am literally the only person on this plane,\" he posted.

The rare situation was caused by bad weather, which caused several flight delays in the Northeast. O'Leary's Flight 6259, which normally seats 76 people, was delayed for six hours, and somehow he missed out on being rebooked.

Often, an airline will cancel a near-empty flight. But Delta Airlines told KABC, a CNN affliliate, that it needed to get O'Leary's plane to New York's La Guardia Airport for flights later in the day.

As it turned out, O'Leary was not the only passenger on the flight. The plane was about to push back when, at the last minute, another man hopped on. The two didn't keep each other company, however. O'Leary told ABC News the other guy reclined his seat and slept most of the way.

Even so O'Leary, a media strategist and editor of a beer-lovers' website, won't forget his semi-private jet ride anytime soon.

\"It was definitely the most memorable flight I've been on in recent memory if only for the sheer lack of passengers to become bothersome,\" he told ABC News. \"There were no screaming babies, no one listening to loud lyrics or reclining their seats or taking off their shoes.\"