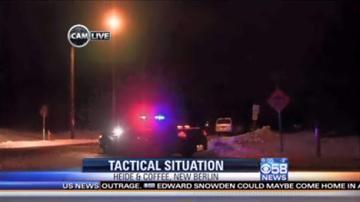 NEW BERLIN -- The intersection of Heide Lane and Coffee Road in New Berlin has reopened after a tactical situation at a home in the area that lasted for at least four hours.

New Berlin police say a 40-year-old man fled from officers and barricaded himself inside of the home in the 3300 block of Heide Lane.

The man was wanted on a felony probation warrant and officers believed he had access to shotguns, handguns and rifles.

Officials were on the scene since 3 a.m. and people were not allowed to enter or leave the area.

After lengthy negotiations, the man was taken into custody at 7:15 a.m.