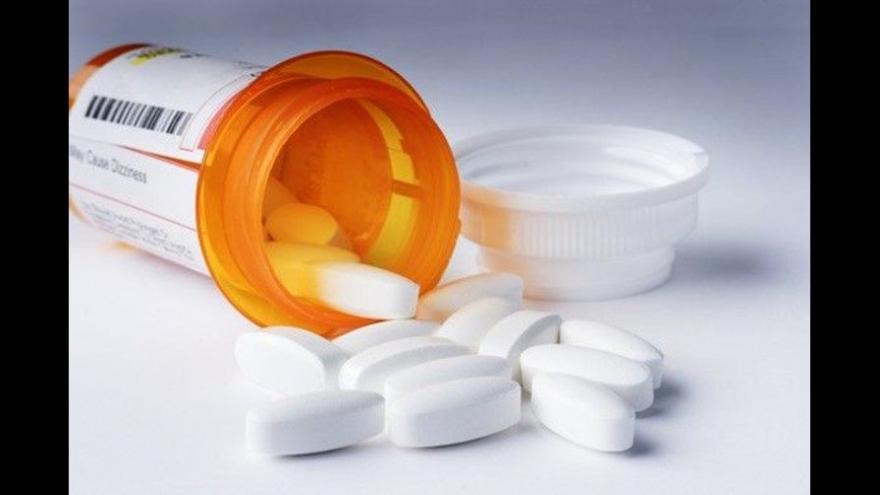 The results of the study were presented Sunday at the annual Endocrine Society meeting in Chicago. The researchers found that the proposed hormone pill, called dimethandrolone undecanoate or DMAU, effectively reduced testosterone and other hormone levels responsible for sperm production without any serious side effects, according to Dr. Stephanie Page, an endocrinologist at the University of Washington School of Medicine and a lead author of the study.

“Our goal — and everyone’s goal in this field — is to develop a method for men that has minimal side effects, and the holy grail would be to develop something that also has a health benefit for men,” Page said.

There are a number of birth control options for women, including hormone-based pills, injections and intrauterine devices. However, the menu of options is much smaller for men.

“The only options currently available for men are vasectomy, condoms and coitus interruptus,” Page said. “Forty percent of pregnancies worldwide are unplanned, so there’s clearly an unmet need for novel contraceptives, and men have very few options.”

A vasectomy is a surgical procedure that prevents the transmission of sperm by cutting the vas deferens, a structure that transports sperm from the testes to the urethra. “Coitus interruptus” refers to the withdrawal or pullout method, which is significantly less effective than most other methods of contraception, according to the US Centers for Disease Control and Prevention.

The new study relied on 83 men between the ages of 18 and 50 who were randomly assigned to either a control group or one of three treatment groups. Each treatment group received a different dosage of the drug: 100, 200 or 400 milligrams.

The group given 400 milligrams also saw a significant reduction in LH and FSH, two hormones that help regulate testosterone and sperm production by the testes.

A testosterone level this low would typically be found only in prepubescent boys and girls, not adult men, according to the Mayo Clinic.

But due to the study’s small sample size, more research is needed to evaluate the potential side effects of the drug in the general population, Cohen said.

“Nine participants had decreased libido, which is not small,” he said. “When you put that on a large, multimillion-person basis, you have a huge portion of men running around with very low libido.”

“People have been working on male hormonal contraception for 40 to 50 years,” she said. “There are ways of delivering male contraceptives with long-acting implants and injections, but men are interested in having an oral pill available, and the work we presented here is a step forward.”

The substance used in the study, DMAU, has properties similar to both androgens, such as testosterone, and progestins, such as progesterone. Consequently, it can “trick” the body into thinking that testosterone levels are adequate, inhibiting the hormonal pathways that ultimately lead to the production of sperm, according to Cohen.

“If you simply took the men’s testosterone down to these low levels, they would absolutely have side effects. They would have hot flashes just like women do when they go through menopause, and they would have marked changes in sexual desire and function,” she said.

“The very important point here is that despite having those low levels of testosterone, the steroid that is given in this prototyped male pill provides the androgen activity in the man in all the other parts of their body,” Page added.

This is not the first time a hormonal contraceptive has been tested in men. In 2016, a study looked at the effectiveness of a hormone injection given every eight weeks. Although the drug was effective in reducing pregnancies, it was associated with a number of adverse side effects including depression, acne and altered libido.

Due to these side effects, 20 out of 320 participants dropped out of that study.

But the newest drug, DMAU, showed a marked reduction in many of these unwanted effects. It also did not appear to damage the liver, a known consequence of testosterone use, according to Page.

“We looked at markers of liver inflammation very closely and didn’t see anything concerning, so that’s very important,” she said.

But the short study period of only 28 days makes it difficult to know whether liver damage could have occurred with long-term use of the drug, Cohen cautioned.

The study also did not measure sperm count, one of the study’s main limitations.

But according to Page, the research team succeeded in achieving its primary objective: identifying an effective and potentially safe dose of DMAU.

“The original study was really designed to find a dose to move forward with, and we were able to accomplish that and demonstrate that there were no acute safety concerns.”

It also opened the door for future research that is already in the works, she said.

“The important next step is to show that this does in fact suppress the production of sperm, and that requires at least a three-month study, which we’re going to be undertaking starting next month,” Page added.

“After that, we’ll need longer-term studies to look in detail about fine-tuning any potential side effects and ultimately doing a study in couples that actually demonstrates that it works in a real-world use.”