Major traffic pattern changes scheduled to begin Friday on I-41

WAUWATOSA, Wis. (CBS 58) -- Major changes on I-41 are scheduled to happen over the weekend.

Work on the Zoo Interchange Project continues with reconstruction of northbound lanes, which will require short and long-term lane shifts and closures. 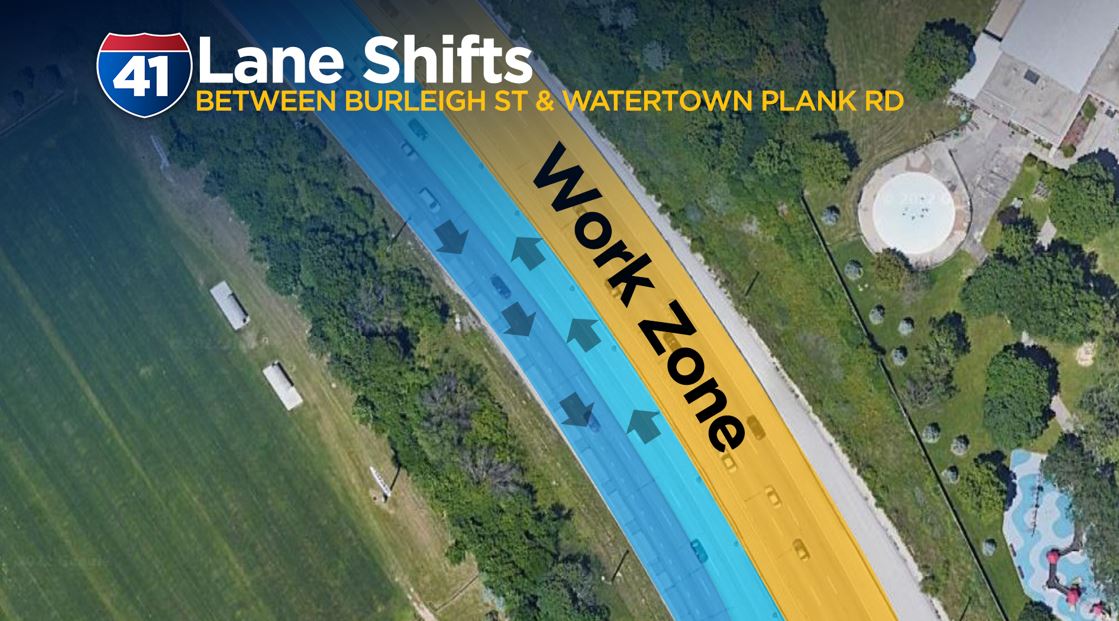 "So, by us doing that, that opens up the whole existing northbound side, and then throughout the 2022 construction season, we'll be working on reconstructing the northbound lanes," Race said.

The North Mayfair Road exit will be closed through the Fall.

The North Burleigh Street exit will be closed for about three weeks.

"I would get off on northbound exit to Watertown Plank Road, and take that over to Highway 100, and take a right, and that brings you right back to the spot you would be," Race said.

I-41 North will be reduced to two lanes between Swan Boulevard and North Avenue for about six weeks starting in May.

WisDOT will implement a zipper merge near Swan Boulevard. Drivers are encouraged to use all lanes until reaching the merge point, and taking turns.

"Anytime a traffic pattern changes, there's sometimes possible driver confusion that may cause a few little extra delays for the first few days until they get used to it," Race said.

All of these changes signify the last steps of the Zoo Interchange Project.

The lane switches are scheduled to begin Friday, April 22, depending on weather.

The northbound lanes are expected to return to their proper side at the end of the construction season.