Madison Officials Plan for Traffic Delays due to Demonstrators 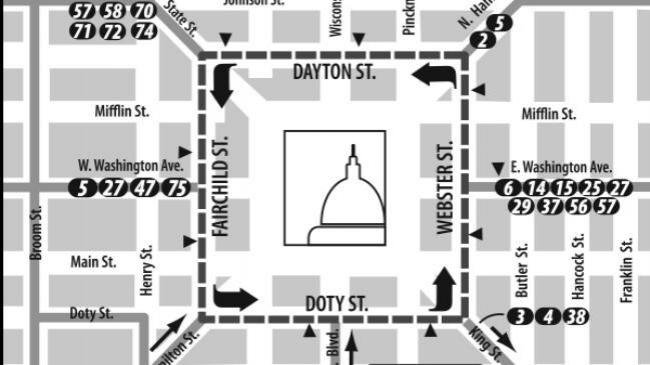 City of Madison officials said a planned rally and protest on Thursday at the state capitol may cause delays in traffic.

City of Madison Traffic Engineer Tom Mohr said traffic in around the Capitol Square is expected to be delayed as demonstrators are expected to arrive downtown for the "Day Without Latinos and Immigrants" protest between 9:30 AM and 2 PM.

Organizers said the protest is against what they said are two anti-immigration bills under consideration by the state Legislature.

Mohr said Metro Transit buses will be off the Capitol Square streets and detoured onto the outer loop.

The inbound lanes of East Washington Avenue are expected to be restricted to one traffic lane, which will result in traffic delays, Mohr said.