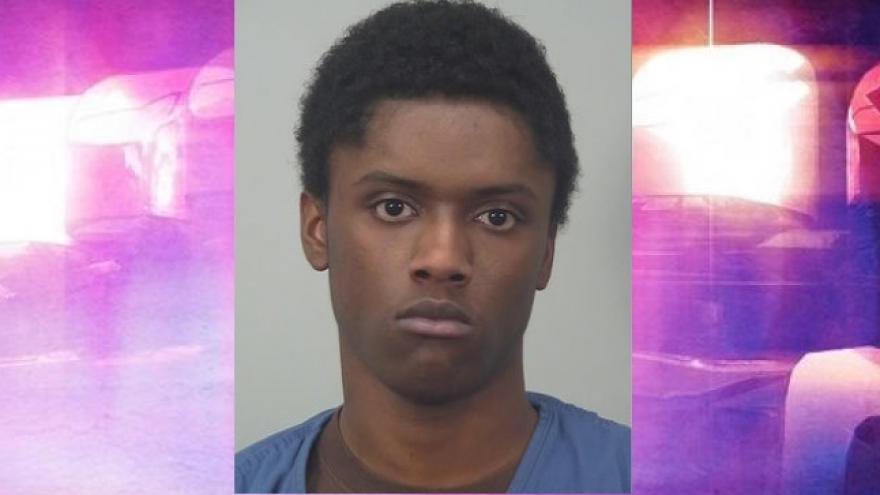 MADISON, Wis. - (WISC) An east Madison man was able to use a home surveillance system to catch a burglar in the act Wednesday night, police said.

Madison police said the 40-year-old Margaret Street resident had been burglarized once before, which led him to install a video surveillance system that can monitor in real time on his cellphone.

According to the report, at about 9:16 p.m., a burglar showed up at his patio door, and was breaking in as the victim -- who was away from his house at the time -- watched on his phone.

He alerted police and drove quickly back to his residence. Police said he arrived to see the burglar climbing out a window. He yelled at the intruder not to move, but the burglar chose to get back into the home and find a different exit point. He was on the run in the neighborhood as officers set up a perimeter. Officers tracked him down and took him into custody.

Kyaire M. Turner-Calvin, 17, of Stoughton, had a cut on his hand that was bleeding, police said. He told officers he was injured while fighting with a girlfriend, and that he had just left her home.

Forensic investigators plan to test drops of blood collected at the crime scene where a patio window had been broken, police said.

Turner-Calvin is facing a burglary charge.