"He oversees the cages where these children are kept. He can do something about it. We are asking to find a bipartisan solution for immigration reform and he's refused to meet with us," LULAC National President Domingo Garcia said.

Demonstrators brought cages with dolls inside to the steps of the federal building. They say the dolls in the cages symbolize the treatment of children in U.S. detention centers. 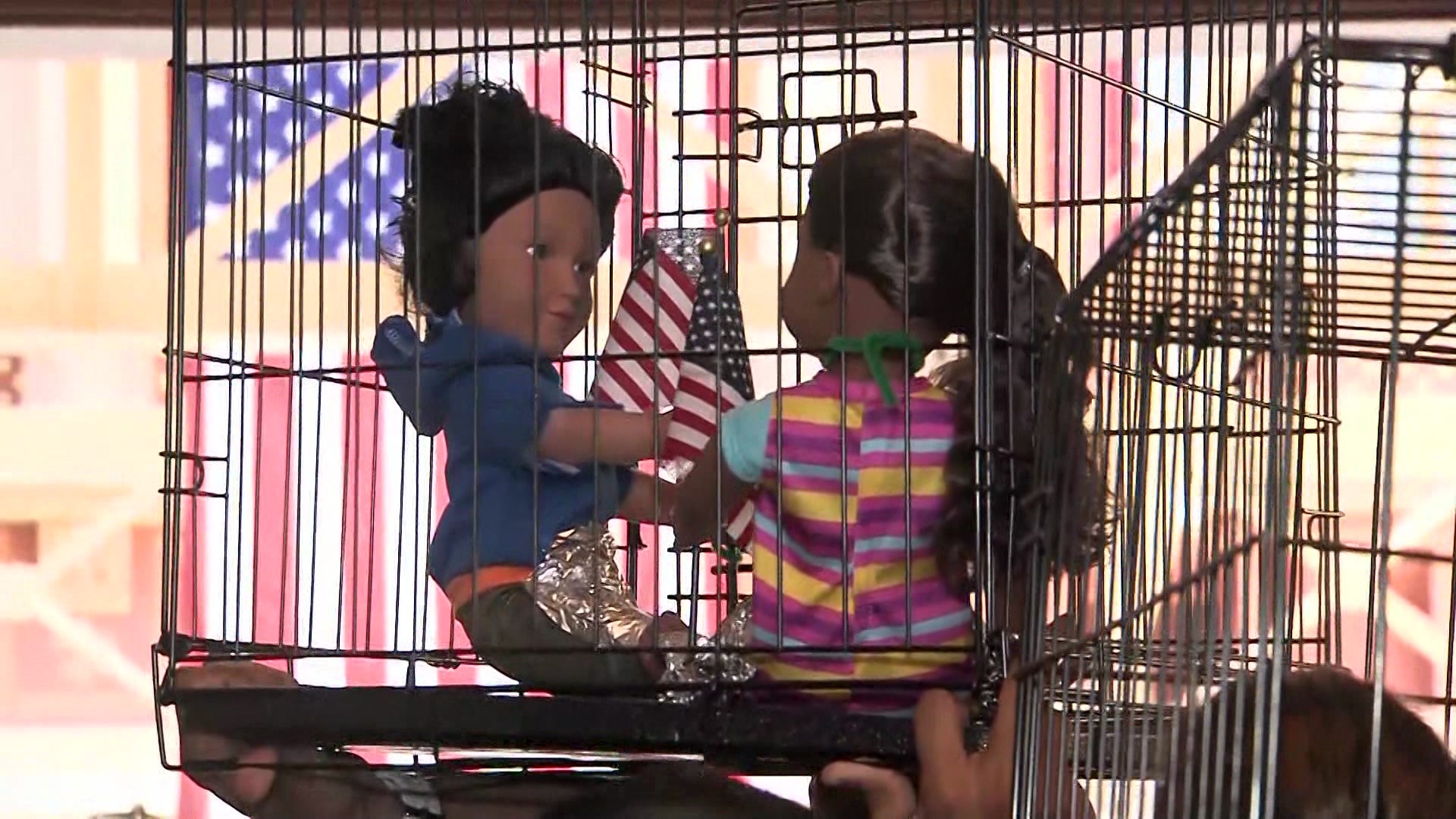 Marchers chanted "free the kids now" as they walked along Wisconsin Avenue calling for change. According to LULAC officials, they tried multiple times to set up a time to meet with the senator. They sent a letter to Senator Johnson inviting him to the convention, hoping to have a conversation about border issues but did not hear back.

Johnson is also the chairman of the U.S. Senate Committee on Homeland Security and Governmental Affairs.

"At least hear us out so you can see where we are coming from as Latinos more than anything else," said one demonstrator.

Garcia says he does not think it's a coincidence that Trump is visiting Friday. LULAC members plan on visiting Johnson's office in Washington D.C. next week.

In a recent hearing on the exploitation of migrants, Senator Johnson stated:

“We’re not going to solve this overnight, but we can make some improvement in the situation. We have to start doing something – Congress. The men and women of DHS are doing what you can do with limited resources. Congress has to act and it has to start with an honest and open discussion and conversation.”

Johnson's team says he has held numerous hearings on the border and on the immigration system. He's also been working with colleagues on both sides of the aisle to implement a pilot program called Operation Safe Return to accurately and more rapidly adjudicate asylum claims and safely returns those without valid asylum claims to their home countries.