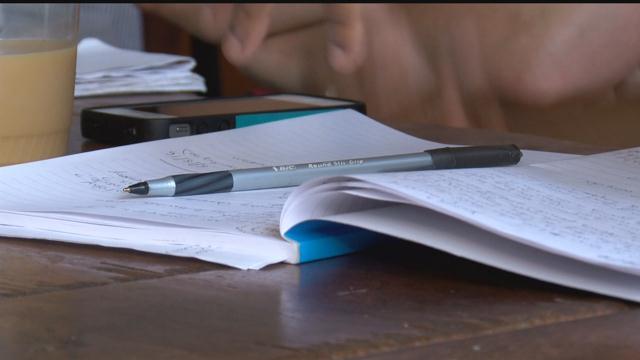 A local production company is hoping to help end gun violence in Milwaukee through storytelling.

Executive Producer Brad Lichtenstein says “"We start to just accept as normal that over a hundred people are murdered by homicide in our city every year."

Every week his team holds meetings to talk about the latest homicide, or the latest issue with gun violence.

For the staff of about a dozen, stories begin by finding a character who's been impacted, who people can connect with.

"What we're trying to do is get people who don't have the lived experience of gun violence to care about the issue," says Senior Producer Emily Forman

They say that instead of presenting facts and figures, they hope to present solutions.

“In every single story we hope we take you into a story about how not just there's a tragedy, but there's also ways to solve the problems that we face in terms of violence."

So far the group has produced 86 stories.