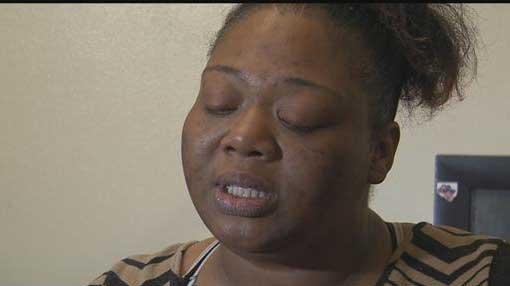 The agony for a mother over the unexplained death of her infant is now compounded by a judge's refusal to let the father plan the funeral with her.

“I'm dying inside. I don't wish this on nobody,” said Tiffany Kirksey.

Early Sunday morning a crowd gathered and police cars were lined all the way down the street after people had learned a 3-month-old passed away.

Her parents say they aren't allowed to plan her funeral together.

A court has ordered the two parents have no contact. The baby's father is charged with battery after a fight the couple had.

The two went before a judge asking him to lift the order yesterday even if just temporary. The judge denied the request.

"His only response is condolences. I’m not modifying the order,” said Kirksey.

CBS 58 reached out to the judge to find out why, but he hasn't returned our call.

Despite the charges, Kirksey said she would feel safe if the order was lifted. Both said they just want to say goodbye.

“He can't [be at the funeral]. One of us can't. I can't fathom that. What parent doesn't go to their child's funeral,” said Kirksey.

Police said they do not suspect foul play, but a non-disclosure order remains on the autopsy results.