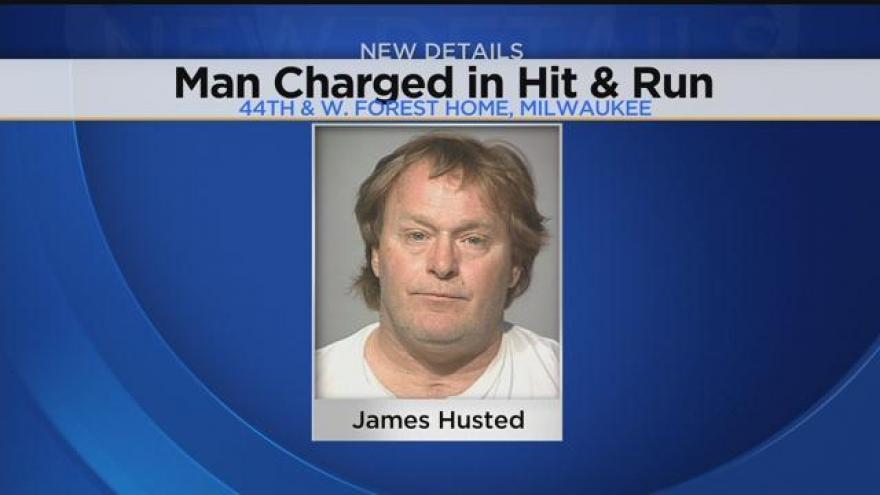 A Milwaukee man says a prostitute he was drinking with last Saturday is responsible for a fatal hit and run at 44th and Forest Home.

The accused is James Husted, 60.

He's facing charges of hit and run and for operating a car when his driving privileges had been revoked.

According to the criminal complaint, police found the victim, Dennis Gitter, also 60, lying in the street at 44th and West Forest Home late Saturday.

Police tracked down the suspect vehicle at Husted's apartment.

Officers say he never admitted to hitting anyone.

But he did say he had picked up a prostitute and some alcohol at the store.

He then claimed that the prostitute wanted more to drink. So, he let her drive his car to get more alcohol.

Husted says the next thing he knew, police were at his door.