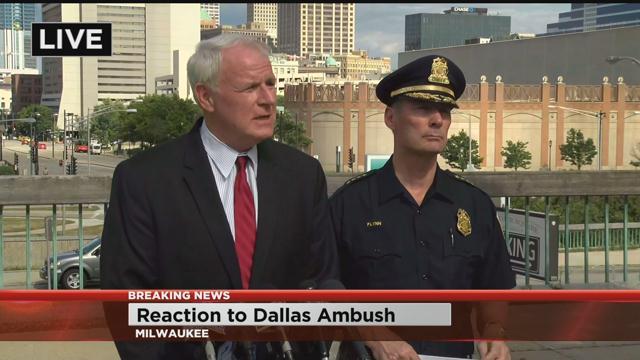 Local leaders are speaking out about the Dallas ambush, including Mayor Tom Barrett.

"Every American, every American needs to condemn the violence that occurred in Dallas last night,” said Barrett.

The mayor called what happened in Dallas an assassination and said it could have happened here.

He asked everyone to thank a police officer today for their service and sacrifice.