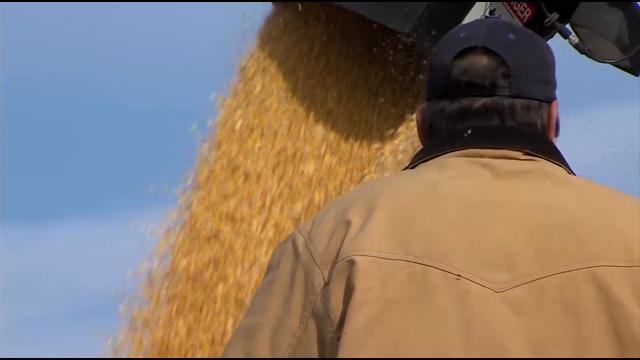 In the face of tragedy, some area farmers are uniting together in honor one of their own, killed in an accident.

Five days after his untimely death, about 50 local farmers descended on Art's farm to pay their respects by finishing what he started.

With more than 20 semi-trucks, 10 grain carts and 10 combines, the fellow farmers harvested his corn crop. In just a few short hours, the massive operation will cover 190 acres of land. It's a job that with just one combine would have taken weeks.

Wednesday's effort is nothing new for the farmers. They've unfortunately had to give of their time and talent in the midst of tragedy before. Neighbor Dennis Lee said farming is a dangerous line of work, adding the community will always be there lend a hand to help each other overcome adversity.

\"When things like this happen, it's kind of a community effort,\" said Lee. \"It's probably as much therapy as for the people that come help harvest the crop as much as it is for the family.\"

Art Green leaves behind a wife and six children. His funeral will be held this weekend.