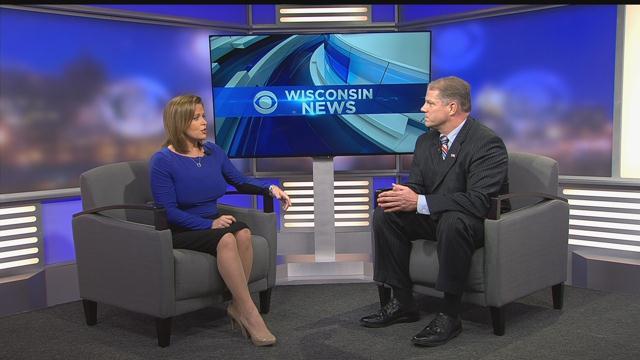 The San Bernardino mass shooting has stirred up memories of the Sikh Temple and Azana Salon shootings in Wisconsin.

Former Waukesha Police Supervisor and Associate Dean of Criminal Justice Brian Dorow tells CBS 58 News that inquiries to his office on how to come up with a safety plan have only increased in the following weeks.

"It's more than ever before," Dorow told CBS 58's Michele McCormack during a live interview Wednesday on the News at 4 p.m. "From hospitals to churches, they want to know what they need to do to plan for something if it ever happens."

Dorow says waiting to take action until it happens to you decreases your chances of success.

He say you have to plan in advance in your environment. where you work, shop or go to school.

"You have to have something you thought out in advance. If an armed person comes in one door, what route would you use to escape?"

Dorow says if you're confronted with imminent danger, bodily harm or death, you have to take evasive action.

"If you can hide, it's preferable. You can run you can get to a door and escape the area."

Choosing a safe room is also an option and it doesn't matter if it has windows or not.

"A room is a room," explains Dorow. "If it provides concealment or cover, meaning the suspect can't see you or would have to kick open a door to get to you. Every time there was resistance or it took time,  the suspect moved on."

Dorow says its important for co-workers to talk about it and come up with a plan or  standard operating procedure.

"The best thing to do is have an exercise. You're roll playing you'll have a comfort level. Unless you practice that, you'll be at a disadvantage."

It shows a customer about the same size as the gunman come up from behind the suspect and tackle him.

The customer was wounded, but will survive.

The suspect and a lookout got away.

"That's a brave individual," declared Dorow. "The general rule of thumb is if somebody's armed, do not engage them. What we find out in law enforcement training is  action, reaction. They have an advantage when they have a firearm. If they have a gun, comply."

You can always replace the items they take.