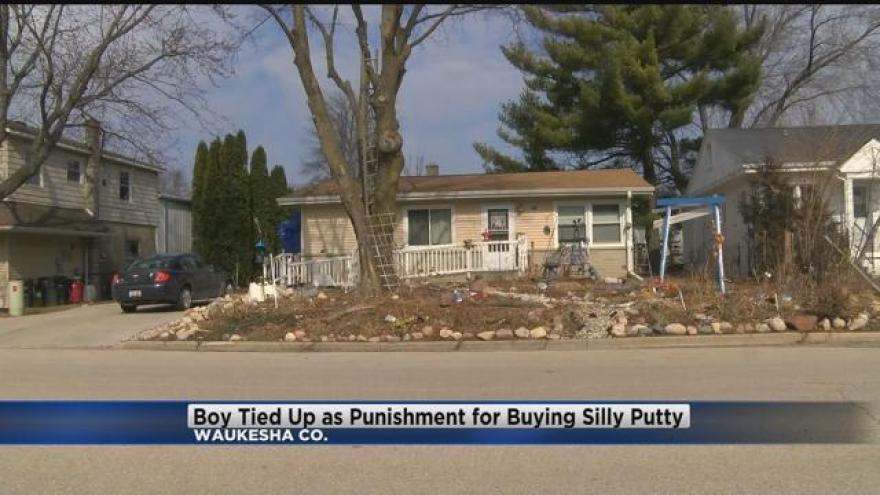 A Waukesha couple is accused of tying up a young boy with duct tape because he bought silly putty.

It was the child's school who initially noticed signs of neglect in the 12-year-old boy.

They called police when he showed up to school hurt in December and it turns out he was punished over a toy.

The boy told police his stepdad tied him up with duct tape including over his mouth and left him like that, while he and the boy's mother went out to dinner.

The restaurant they went to, China Buffet, is 24 minutes from the home.

The boy told police he was tied up with his hands behind his back for so long he went numb.

According to the criminal complaint, the boy's step dad tied him up as punishment for an incident that happened earlier in the day.

The boy's mother told him to stay in the car while running an errand, but he got out and went into Ben Franklin crafts to buy silly putty.

He tells police he was tied up that night as punishment.

Staff at Nature Hill School, where the boy was a student, tells us teachers are having a hard time with this news.

The Oconomowoc area superintendent sent us this statement today:

"This is a very sad situation and our heart goes out to the student. Our responsibility as mandatory reporters is something we take very seriously. Our primary goal is to do everything we can to maintain a strong sense of normalcy for this student at school, as well as for staff and students who have been affected by the story."

The boy's mother and stepdad will appear in court on Friday.