Local Addict's Message to Users: Don't Give Up on Staying Clean 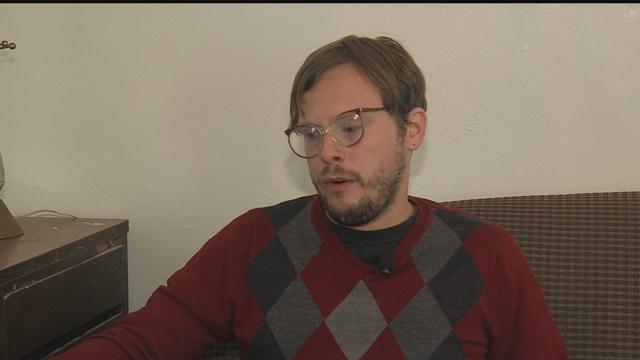 We've heard the reports from public officials about the epidemic of heroin and opioid addiction.

But the numbers don't tell the whole tragic story.

A local man, ten years into his recovery, is speaking out.

"It all started when I was 14 and I broke my foot," Luke Demanovich explained to CBS 58 News. "I got addicted to pain pills and then it progressed to heroin by 2005."

He gave us a vivid description of what it's like when the drug takes over your life.

"It's a disease that's insidious and it tricks you and it's just baffling what it does to people.  It's almost impossible in active addiction to realize what it has done to you.  So you almost need to hit bottom. There'd be times when I would pray that I would go to jail."

Demanovich did wind up in jail after an overdose.

Then, a counselor from God's Touch ministry found him in jail and convinced him to go to a special house that helps men in recovery.

"We're talking about an individual where society said he's a drug addict, he's in jail, what good is he," recalled Marty Calderon, Executive Director of God's Touch ministry. "Here's an individual who took time. He gives time to the Lord, goes to bible study, goes to church and then he works."

Demanovich says you have to want to change and once that happens there is help out there.

He says it's all about finding what works for you.

For him, success came through support meetings, a focus on physical fitness and getting in touch with his spirituality.