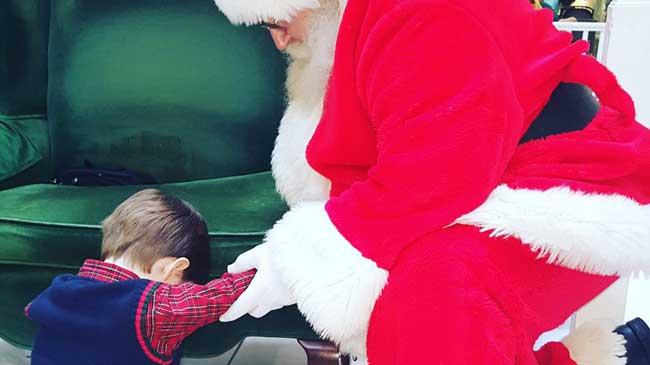 COLUMBIA, SC (WIS) - Prestyn Barnette didn't ask Santa for the things your typical 4-year-old would request. Instead, he asked for a very special gift for a baby more than half way across the country, according to WIS.

Prestyn found out about Knox through a prayer group his grandmother belongs to on Facebook, and so Sunday during a visit to the Dutch Square Mall, he took it upon himself to ask for some divine intervention, hoping that a prayer from the man in the Big Red Suit might give it a boost.

He told Santa he wanted a Lionel train set and a miracle for Baby Knox, who is 2 months old and on life support in Las Vegas.

A Las Vegas family had sent out a request for prayers on Facebook at the end of November, after his father found the baby boy unresponsive in his crib. Knox had stopped breathing.

His father performed CPR on his tiny body until EMS arrived at their home, and after being transported to a local hospital, Knox was transferred to a children's hospital in Las Vegas, where he remains today.

On Tuesday, Prestyn went to Build-A-Bear, creating a special gift for Baby Knox, his name is Miracle.

"We wanted to send him something he can hear, feel and let him know we were there," Prestyn's aunt Rachel said.

Baby Knox's family has set up a page requesting assistance, since the father is currently taking unpaid leave. http://www.gofundme.com/BabyKnox