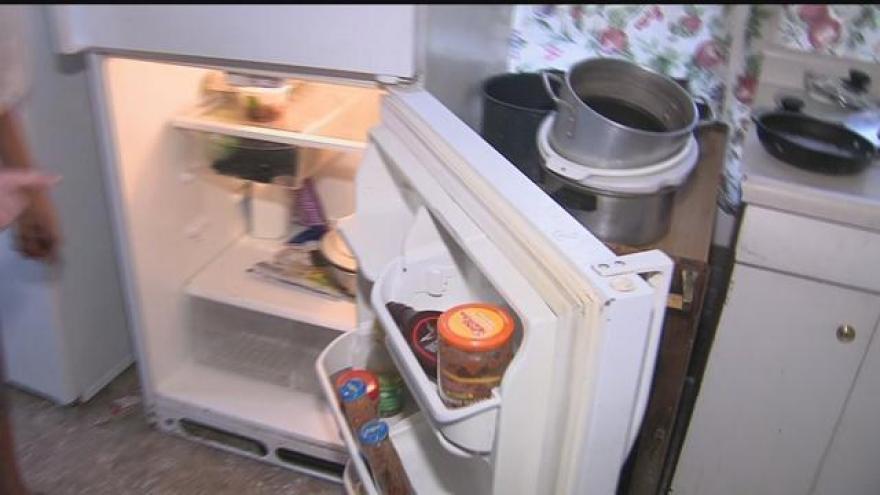 A 1.25 Million dollar lawsuit was filed against Mohammad Choudry in October 2016. In November, Choudry appeared in court and was removed as landlord from his properties. Ogden & Company LLC now manages the 76 rental homes.

On Friday, a report was filed that detailed the condition of the rentals and the progress Ogden has made to make the properties safe.

Some homes have been deemed uninhabitable. Some homes had gas leaks, sewer back ups, no heat and no hot water. Of the more than 1,700 violations more than 500 were health and safety codes. A handful of new unites were created inside of some of the homes without the city's permission. Also unknown to the city -- jacuzzis and bedrooms were installed in some homes and may not be structurally sound.

At a home on Milwaukee's north side, the report says Ogden has completed excessive repairs including fixing caved in steps and fixing a leaking faucet. A tenant at that home, Shawn Evans, showed us what's been fixed so far.

The house also has a visible cockroach problem. Evans showed CBS 58 bugs in the refrigerator and kitchen cabinets. He says Choudry sent an exterminator that sprayed the kitchen with a can, and the problem wasn't fixed. Evans hopes Ogden will get his home to a comfortable and livable condition.

The report says many of the code violations were not found earlier because Choudry "actually threatened with eviction if they made any complaints to DNS (Department of Neighborhood Services)." CBS 58 reached out to Choudry's lawyer regarding those claims, and have not heard back.