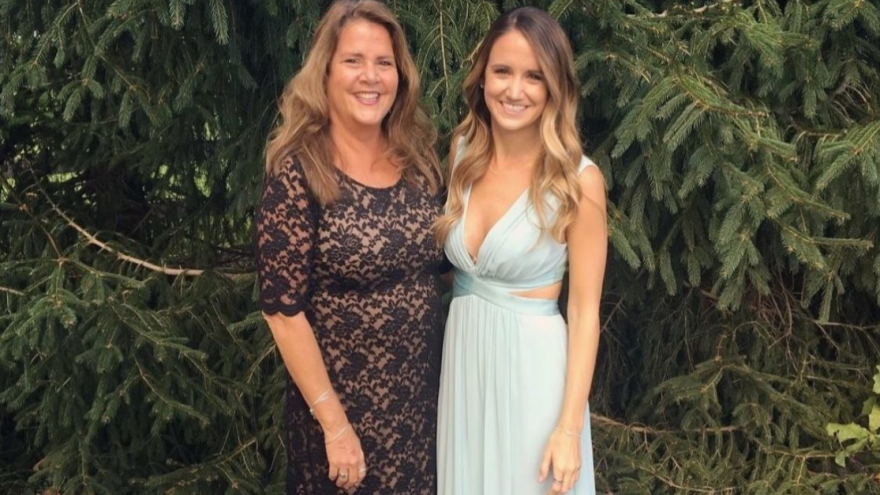 CROFTON, MD. (CBS / CBS 58)  -- A 27-year-old Maryland native who was shot in the head during the Las Vegas shooting has emerged from a coma and taken her first steps since the attack.

Tina Frost was shot in the head by Stephen Paddock on Oct. 1, who killed 58 people and wounded hundreds more. The bullet passed through Frost's right eye and shattered the front of her skull and forehead. She underwent surgery for three hours at Sunrise Hospital and Medical Center on the night of the shooting, the Las Vegas Review-Journal reports.

At first, Frost was unable to move her extremities. But she began waking up and took her first steps without assistance on Friday, according to an update from her mother Mary Watson Moreland on a GoFundMe page collecting donations for Tina's medical expenses. Her mother also says that Tina managed to breathe on her own for six hours.

"We are so proud of our Tina, and everyone is amazed at every single movement she makes," Moreland said.

In other milestones, Frost managed to opened her left eye, tapped her feet when music was played and gave a thumbs up when asked.

Moreland took to Facebook this week to thank the community for their support. "Thank you to everyone for your continued love and support! We'll keep posting updates every few days as we can! Please keep Tina in your thoughts and prayers," she wrote.

Moreland told Review-Journal that her daughter will "have pieces of the bullet in her brain forever."

Dr. Keith Blum told the Review-Journal that he delicately worked to remove as many of the bullet fragments and shrapnel as he could, and said he was forced to remove her damaged right eye.

Frost graduated from Arundel High School in Gambrills, Maryland, in 2008. She drove from San Diego with her boyfriend to attend the Route 91 Harvest Festival on Oct. 1, CBS affiliate WUSA-TV reports.

Her GoFundMe has raised more than $500,000. The page says doctors are discussing what options the family has and what specialists they should seek in the 27-year-old's long road to recovery.