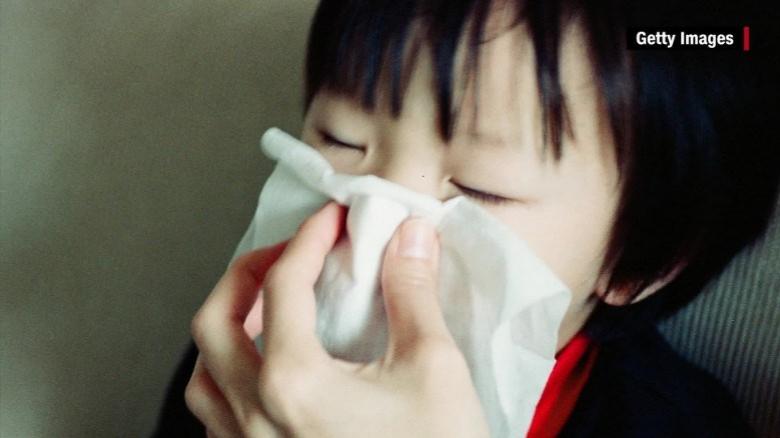 (CNN) -- Pigs at family-friendly fairs are responsible for infecting children with a type of swine flu not previously seen in humans, according to a report published by Thursday by the US Centers for Disease Control and Prevention.

In August, the CDC confirmed variant swine flu viruses in 18 people -- 16 of them children -- who attended agricultural fairs in Michigan and Ohio.

When a flu virus that normally circulates in pigs is found in a person, it is called a variant virus. The largest known outbreak of this same virus, referred to as influenza A (H3N2), occurred in 2012.

Before falling sick in August, all 18 patients reported at least some exposure to pigs at agricultural fairs. Thirteen individuals said they'd directly touched or handled a pig, and four reported passing through a swine barn. One patient claimed indirect contact without specifying the details.

Though one individual had to be hospitalized, all of the patients, seven of whom were younger than 5, recovered fully.

The researchers found no evidence that the viruses had been transmitted from person to person.

The CDC looked at all the samples from the 18 infected people.

Genetic investigations "can tell us how flu viruses are 'related' to one another, how flu viruses are evolving, and they can suggest how well an influenza flu vaccine might protect against a particular influenza virus," said Rebekah Stewart Schicker, an author of the study and an epidemic intelligence service officer at the CDC. "They may also detect adaptations that could enhance the ability of the virus to infect humans," she added in an email.

This "is a little concerning," said Dr. Greg Poland, director of the Mayo Clinic's vaccine research group. One of the genes, "being of human origin, puts that virus in a position where it is more likely to be transmitted from human to human." This same gene may also make the flu resistant to a class of antiviral drugs, including amantadine and rimantadine.

Overall, is this discovery of previously undetected viruses a cause for fear?

"This has occurred ever since man, fowl and swine closely interacted with each other," said Poland, a member of the Infectious Diseases Society of America. He explained that only recently have scientists understood the importance of surveillance. "In the past, this would have never been detected. No one would have understood that it had happened, and life would go on."

Still, Poland says the new report serves as a reminder that "people are relatively uninformed about the origin of these variant and novel viruses, and because of that, they fail to take the necessary precautions."

Know before you go

What should you know before going to a fair, a petting zoo or anyplace where you come into contact with waterfowl, birds or swine?

"Recognize that these animals carry influenza viruses -- they're the source of them -- and so appropriate hand hygiene is important," Poland said. "Kids need to have their hands washed well."

After petting an animal, children should not eat until they wash their hands or, at the very least, use hand sanitizer, although it is less effective than a thorough hand washing. Everyone should also avoid putting their hands on their face or in their mouth while at the fair, he added.

Schicker and her co-authors recommend that fair organizers take steps to prevent infections in humans, including limiting the time pigs are on the fairgrounds to 72 hours or less, keeping a veterinarian on call for the duration of the exhibition, placing hand-washing stations nearby and discouraging consumption of food and drink in barn areas.

If your child becomes sick after the fair and does not get better, seek medical care.

Most important, Poland said, make sure family members who are 6 months and older get annual flu shots, as recommended by the CDC.

The vaccine will not prevent someone who picks up a variant virus from an animal from getting sick. Instead, it "might help prevent future reassortment of H3N2v viruses with human seasonal influenza viruses," according to Schicker. By getting a flu shot, you help stop these variant viruses from spreading widely and also help decrease the number of new viruses.

And anyone at high risk for complications from the flu, including older adults, pregnant women and people on chemotherapy, should not enter swine barns.

In the end, Poland finds the new report a source of comfort rather than fear. The report indicates that the CDC is aware of these variant viruses and "keeping an eye on this," he said. "It's reassuring we have a surveillance method intact that works and the nation's notified about this."