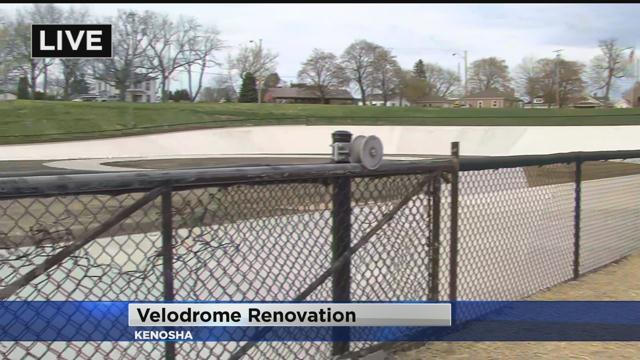 Kenosha's Washington Park Velodrome is set to open, but the city says there are some minor setbacks from the weather. They found a few hairline cracks in the bike racing track and are now working with the contractor to fix it.

The city aldermen say the contractor is working with them to make the project right. The city shut it down last August to do some renovations which included  replacing the asphalt with concrete. With the weather, concrete can expand and contract causing those hairline cracks. The project itself was 700-thousand-dollars. The track is a historic bike racing track built in 1927. The City of Kenosha says they've pushed off payment until it gets fixed but say it will draw crowds from all over once it's complete.

The grand opening is still set for May 14th at 11 AM, but instead of opening the track, they'll host it in the parking lot.