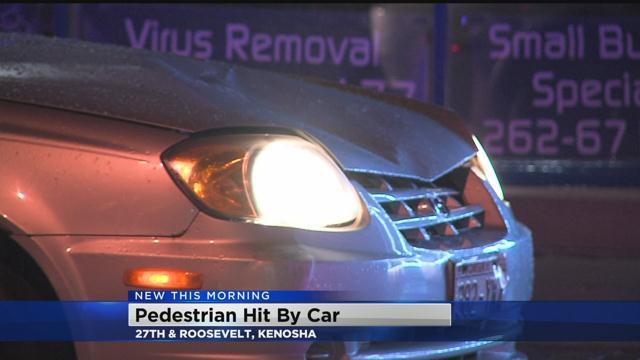 A 40-year-old woman is in serious condition this morning after being hit by a car just before 10 PM last night.

The accident happened near 27th and Roosevelt in Kenosha. The impact, which left a sizable dent in the front of the car, was so intense that the pedestrian's shoes were left behind at the scene. The woman is being treated at Kenosha Memorial Hospital.

The driver did remain on scene and is cooperating with the police.

Inclement weather may have been a contributing factor in the accident. Officers are still investigating.