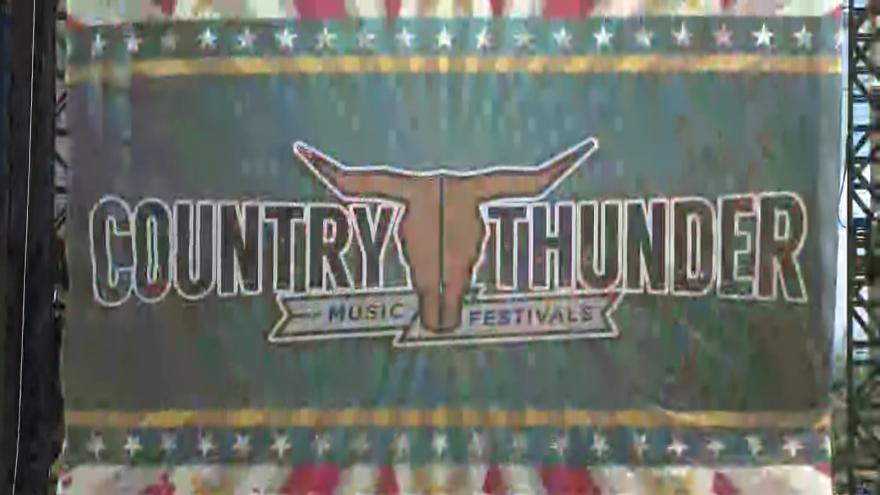 CBS 58 got a tour of the grounds on Wednesday to see how the Kenosha County Sheriff's Department is preparing for the 4-day festival.

Between 80 and 90 deputies will be patrolling both the concert grounds and campground 24/7.

They will help with traffic control, take 911 calls, and make sure everyone stays safe.

"We literally have thousands of calls, most are just silly ones, like people are in my campsite or someone used my port-a-potty," said Kenosha County Sheriff David Beth. "Every once in a while we'll have a disturbance or an altercation and someone disagreeing on something, but most are things we deal with in the general population."

More than 100,000 people are expected to attend Country Thunder. The music festival starts Thursday and runs through Sunday.