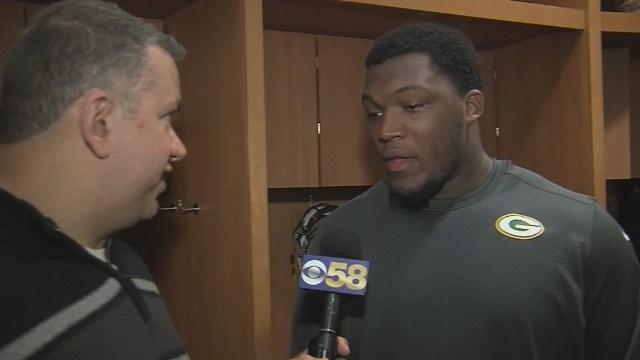 It's day two of Packers mini camp and with some of the veteran players sitting on the sidelines the focus  turns to the newbies.

It's an unusual time in Green Bay for a couple of reasons.

For one, the weathers actually warm.  There is nothing frozen or tundra about Lambeau field right now.

The other rarity is the absence of many Packers star players as the team hit the field for day two of mini camp today.

Fifteen of the most experienced players on the roster were sent home Monday to rest, and that put future stars in the spotlight today. One of those is Blake Martinez, a rookie who has impressed everybody with his talent and his intellect. This guy does not talk like a rookie and he's taking advantage of this chance, making his case to be a key player this fall.

Martinez: I look at all the opportunities that I'm getting right now as a way to show what I'm capable of. I'm just going into every single day just wanting to show them I can help in some way, and help this team win a championship. Wherever they put me at, at the end of the day, I'm going to make sure I'm the best person at it.

One more day of mini camp, and then Lambeau Field goes completely quiet for five weeks.