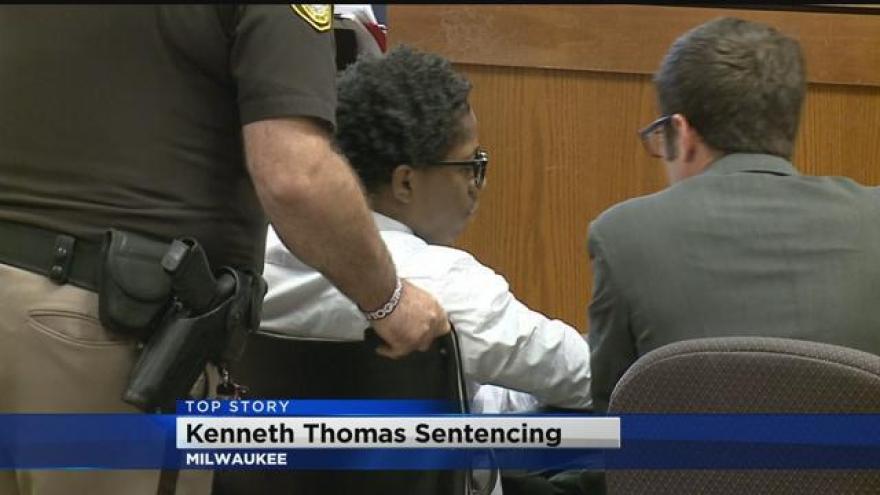 That's 35 years for the gas station murder and 10 years for a robbery that happened three days earlier.

It's a longer sentence than both the prosecution and defense asked for.

The judge said it was clear that based on Thomas' continued violent outburst that he is a danger to society.

But his lawyer said Thomas was remorseful and has potential to be a good citizen.

In fact, Thomas spoke at length for himself in court today.

He said he wanted to quote "pour his heart out." He said he had a message for the family of Saeed Sharwani, the gas station clerk who he killed.

"Truly from my heart I apologize. Most people can't feel yalls pain but I can. I can't bring him back but I can change some lives with my testimony,” said Thomas.

Thomas appeared in a wheelchair today in court. His lawyer said that's a security precaution due to problems with fights in the jail.