Kasich Compared to Tommy Thompson and Badgers During Town Hall 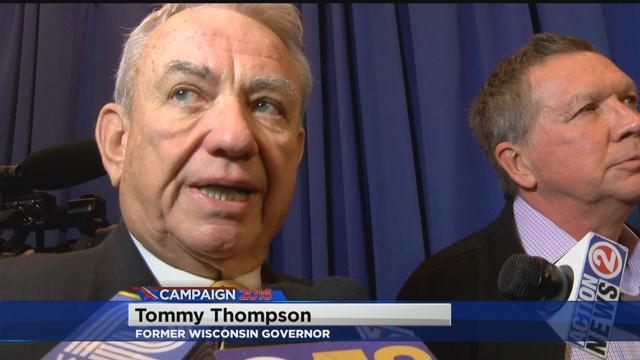 John Kasich is trying to connect with Wisconsin voters before next month's primary.

Thompson kicked off Wednesday's town hall with a passionate introduction and compared Kasich to the Wisconsin Badgers.

Thompson said everyone counted the Badgers out against Xavier. Thompson said Kasich can win even when he seems far behind front runner Donald Trump.

Kasich took questions from the crowd during the town hall, and he touched on terrorism, social services, national debt and  the lack of government innovation.

Kasich said he's been playing from behind this entire campaign, but he promised he'll still be in this race by the April 5 Wisconsin primary.

"I look at this race in Wisconsin as one that we need to win. We need to win because John Kasich has got to be our candidate,” said Thompson.