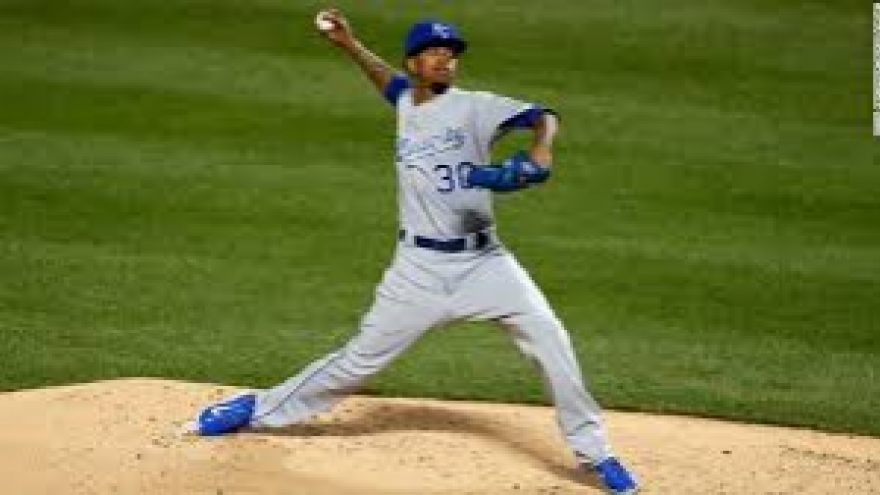 (CNN)Kansas City Royals pitcher Yordano Ventura, who helped his team win two pennants and a World Series, was killed Saturday in a car wreck in his native Dominican Republic, the team said Sunday. He was 25.

Ventura pitched in the 2014 and 2015 World Series and helped the Royals win a world championship in 2015, the statement said. He was drafted by the club in 2013, had a 38-31 career pitching record and started in nine postseason games.

Reports from the Dominican Republic said the crash happened on a highway in Rancho Arriba, a town in the province of San Jose de Ocoa, according to an article by mlb.com on the Royals official website.

Ventura's hometown is Las Terrenas, where the funeral services are expected to take place, the article said.

"Our prayers right now are with Yordano's family as we mourn this young man's passing," Royals general manager Dayton Moore said in the statement. "He was so young and so talented, full of youthful exuberance and always brought a smile to everyone he interacted with. We will get through this as an organization, but right now is a time to mourn and celebrate the life of Yordano."The deaths of Marte and Ventura come about four months after the death of another young baseball player.

Miami Marlins pitcher Jose Fernandez, 24, and two friends were killed September 25 when their boat crashed off Miami Beach. A native of Santa Clara, Cuba, Fernandez was the National League Rookie of the Year in 2013 and a two-time all-star.

The Dominican Republic produces many major league baseball players. One of them, retired Boston Red Sox star David Ortiz tweeted: "I have not words to describe this....R.I.O my boy"Marte, also a native of the Dominican Republic, was an infielder and had played with the Atlanta Braves, Cleveland Indians and Arizona Diamondbacks. He played for several minor league teams, including the Pittsburgh Pirates organization. He played the last two seasons with KT Wiz in South Korea, MLB.com reported.

ESPN, citing authorities in the Dominican Republic, reported he was driving a car that struck a house between San Francisco de Macoris and Pimentel, about 95 miles north of Santo Domingo.

Other Dominican players died recently in auto accidents in that nation.

Ramon Ramirez, 23, a minor league infielder for the Baltimore Orioles organization, died January 7 when his motorcycle wrecked, according to Bleacher Report.

Oscar Taveras, an outfielder for the St. Louis Cardinals, died October 26, 2014, when the car he was driving ran into a tree on a highway in Puerto Plata, north of Santa Domingo, Bleacher report said. His 18-year-old girlfriend also died in the crash.

Ventura, a friend to Taveras, was pitching in the World Series when he heard the news, Bleacher report said. He dedicated his next game to his friend and wrote "RIP O.T." on his hat.

Social media was filled with condolences for Marte and Ventura.Andrew McCutchen of the Pittsburgh Pirates tweeted: "To the families of Yordano Ventura and Andy Marte. I send my deepest condolences. RIP."ESPN reporter Enrique Rojas: "Black sunday for Dominican Republic baseball: Yordano Ventura and Andy Marte died in In different car accidents #RIP"