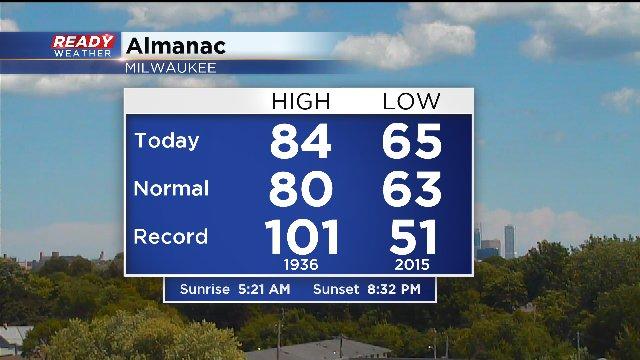 July is the best month of the year! Okay, that's just my opinion, but the weather really is great this time of the year. Historically, July is our warmest month of the year. It holds the most triple-digit high temperature records at eleven days and features an average temp of about 72°. But as you know, Wisconsin weather can vary greatly, even in the thick of summer.  Take a look at today's Almanac: 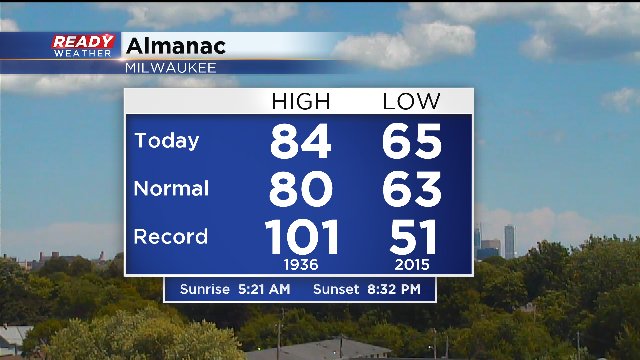 July 8th is one of those dates where we reached over one hundred degrees and also set a record low, just last year, of 51 degrees. That's a spread of fifty degrees! This time around we're a little warmer than normal on both the high and the low, but the humidity is dropping today and so it's starting to feel more comfortable.  For most of the month, the average high sits at eighty degrees with an average low from 62°-64°. We average 3.67" of rainfall but have received as much as 10.93", that too in fairly recent history, back in 2010.

Here's how July 2016 has played out so far. It has been dry with just .13" of rain. That's about what we should get every day if you spread the average three plus inches out over the month. We've only had two days with measurable rain.

This weekend also looks a little cooler than normal, but comfortable with temps in the mid to upper 70s and lows around 60 degrees. If heat is more your thing, we've got that coming for you too. Next week should find temperatures back into the mid and upper 80s with rain chances Tuesday and Wednesday.