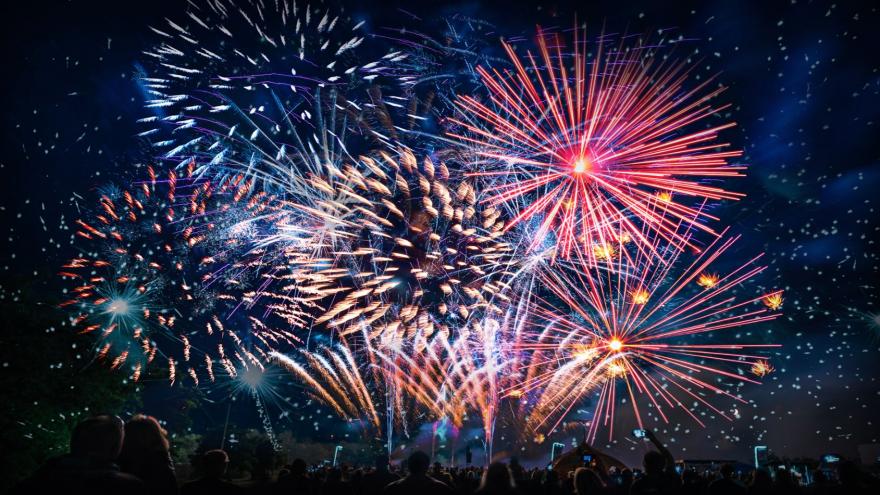 UPDATE: SOUTHEAST WISCONSIN (CBS 58) -- Due to weather, some towns are choosing to delay or postpone their fireworks displays.

Wauwatosa canceled their display on July 4. A rain date is to be determined according to the police department.

Fireworks at Hart Park have officially been canceled for this evening. Rain date to be determined…

The Village of Sussex has postponed their fireworks display until July 5 at 9:20 p.m.

Whitefish Bay fireworks have been rescheduled for July 5 at 9:30 p.m. at Klode Park.

Shorewood postponed their fireworks on Wednesday.

A notice posted on the City of Brookfield's website says fireworks have been rescheduled for July 5. Start time is 9:17 p.m. at Mitchell Park.

According to the Humboldt Park 4th of July Association, fireworks are being delayed until 10 p.m.

Sheboygan Police said the fireworks display at Deland Park has been delayed until 9:45 p.m.

Check out our list below to find a display near you on July 4:

Franklin - A 4th of July parade will begin at 11:00 a.m. at West Loomis Road and Forest Hill Avenue. Fireworks will start at 9:30 p.m. at Lions Legend Park.

Glendale - The main parade will begin at 10:30 a.m. with fireworks starting at dusk from Kletzsch Park.

Greendale - The Village of Greendale Parade will begin at 10 a.m. in historic downtown Greendale with fireworks planned for dusk.

Greenfield - The parade will start at 12:15 p.m. with the one-mile route running east on Layton Avenue to Konkel Park. Fireworks will begin at 9:45 p.m.

Oak Creek - The Parade will begin at 9 a.m. at East Groveland Drive. Fireworks will be set off at dusk.

Cedarburg - Parade begins at 10 a.m. followed by a day-long picnic in the park with food and beverages served by the Cedarburg Lions Club. Fireworks at dusk.

Racine - Pre-parade begins at 8:30 a.m. with the parade officially beginning at 9 a.m. Fireworks begin at dusk along Lake Michigan.

Lake Geneva - Parade will begin at 10 a.m. traveling on Dodge Street from the Eastview parking lot north on Center. The Fontana area Fireworks display will begin at 9 p.m. from Fontana Beach waterfront.

Delavan - The “Let Freedom Ring” 4th of July celebration begins at 7:00 a.m. with a pancake followed by the Carp-O-Rama and the parade at 3:00 p.m. Family and kids activities from 4-7 p.m. at Veterans Park followed by fireworks at 9:30 p.m.

Delafield - The American Legion 4th o July parade will step off at 10 a.m. from the Municipal parking lot on Main Street.

Okauchee Lake- The lighted boat parade will begin at 8:30 p.m. followed by fireworks on Park Island between the Golden Mast Restaurant and The Hideaway Bar & Grill on Okauchee Lake at dusk.

Pewaukee - Parade down W. Wisconsin Avenue begins at 3:00 p.m. Fireworks at dusk over the lake.