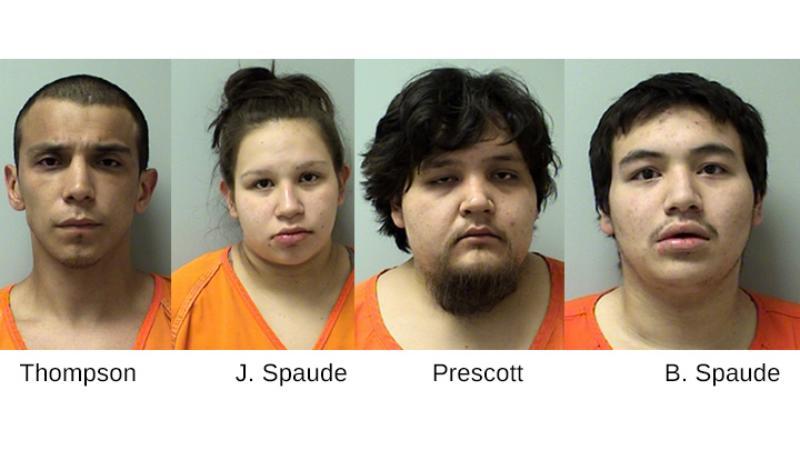 Around midnight officers responded to the report of a suspected overdose at a home on the 1600 block of Cleveland Avenue.

Officers found Ryan Thompson, 26, in the home's driveway unconscious and unresponsive. Thompson was transported to a nearby hospital and was given a medicine to counteract opiate overdoses. In court, prosecutors said Thompson was out on bond at the time of the incident.

Wednesday, Thompson and three others were charged in the case.

The man authorities said called 911, Casey Prescott, 22, was charged with several counts including maintaining a drug trafficking place. He's behind bars on $1,000 cash bond and has been ordered to have no contact with the co-defendants.

Prosecutors said Bren Spaude, 21, prepared the lines of heroin. During an interview with police at the hospital, Thompson indicated one line was about one inch long, and the other was twice its size.

Bren Spaude's sister, Jolene, admitted to authorities she was the one that purchased the heroin. At the time of the overdose, Jolene told police the line Bren prepared was “too big” for Thompson. Thompson told investigators after doing the heroin he felt like he was nodding off and the next thing he remembered was waking up in the hospital.

Spaude, who is 8 ½ months pregnant, got a stern warning from Judge Michael Moran Wednesday. “The charges you are facing are serious,” he said. “If you get out [on bond] and I hear anything, anything, rumors about drug use, you will not want to see me again”.

Spaude's attorney expressed in court the jail is not set up for a pregnant woman. Judge Moran said if she does not test clean, that is where she will remain. She's charged with nine counts including first degree recklessly endangering safety.

All four will return to court August 10.