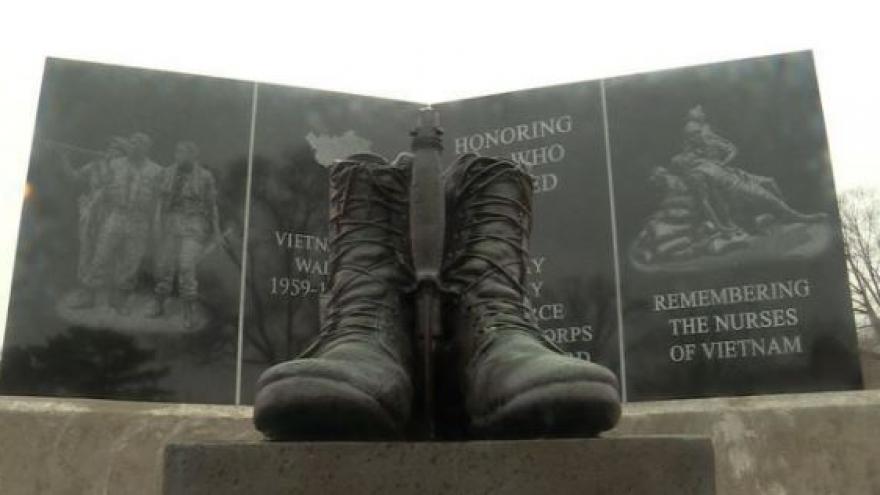 JANESVILLE, Wis. (WISC) -- Janesville police have a minor in custody after a Vietnam War memorial was vandalized last week.

Janesville Parks Director Cullen Slapak said parks staff found a piece of the bronze Battlefield Cross broken off and lying next to the monument at Traxler Park on Monday morning.

Officers investigating the case tracked down the people involved and arrested a juvenile in connection with the case, according to a press release sent Sunday.

The juvenile is facing charges of intentionally causing damage to the statue.