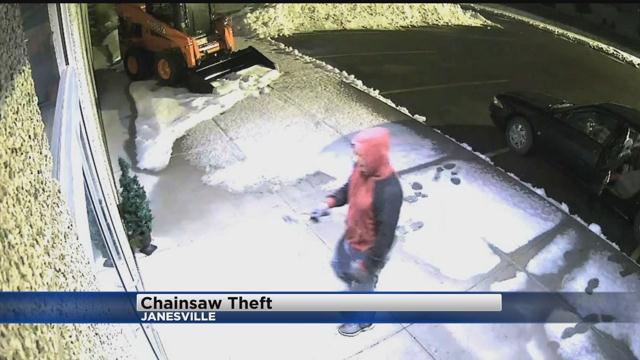 A strange robbery is under investigation in Janesville.

This surveillance video shows a man in a red hoodie smashing a window at a store called Johnson Tractor.

Once inside, the man takes seven chainsaws off the shelves and stashes them in his car.

The operations manager at the store says each chainsaw costs between $400 and $1200.

The store says more security measures will be added after the break in.

Johnson tractor's operations manager said he has heard of several other recent cases of chainsaw thefts from stores in the Midwest.