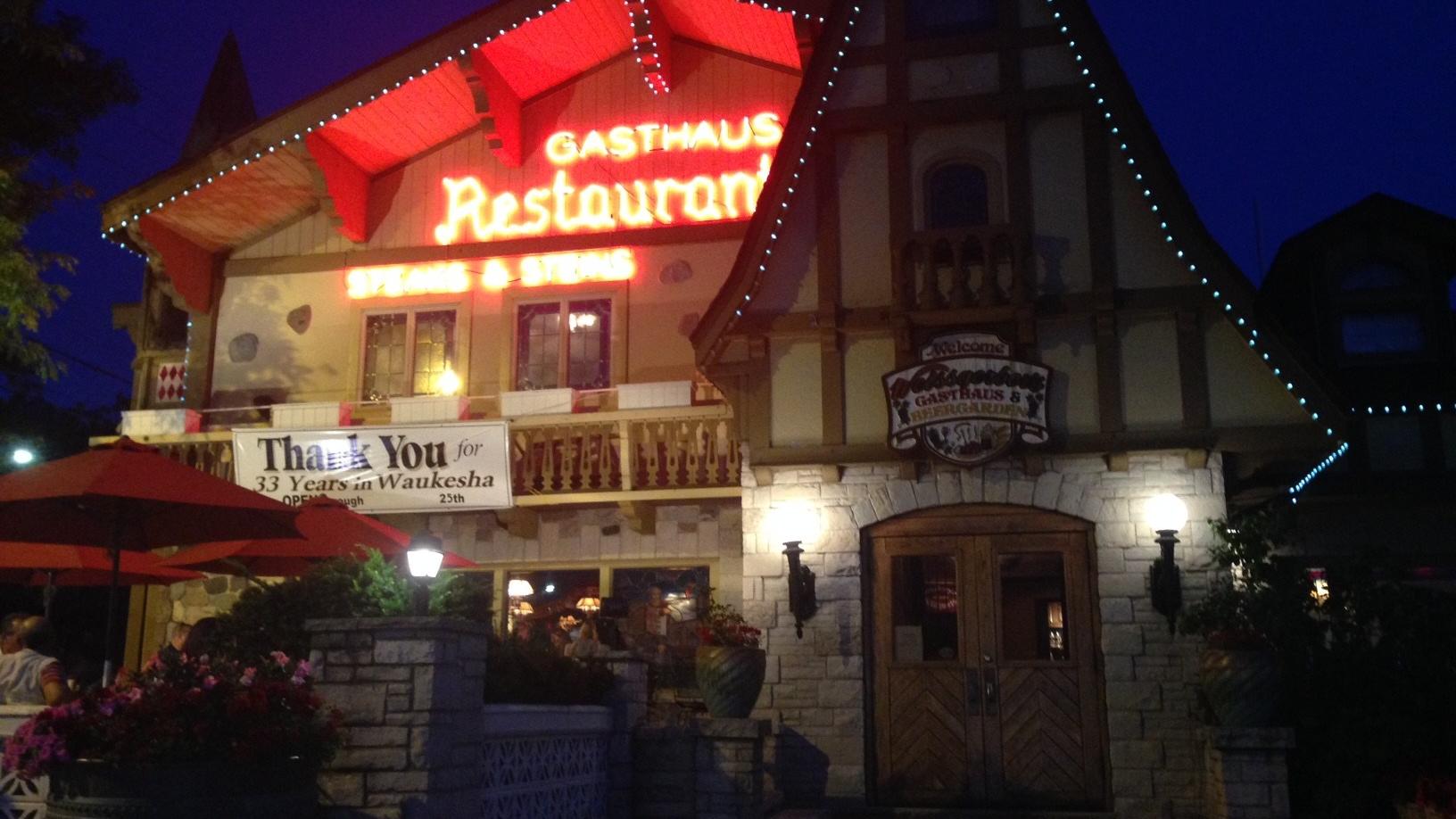 It was an emotional night in Waukesha Saturday, as hundreds came to say "auf wiedersehen" to the Weissgerber Gaushaus.

The iconic German restaurant has stood at the corner of Grandview Blvd. and Silvernail Road for 33 years, but soon, a strip mall will stand in its place.

"It's sad for me having built this restaurant, and knowing that just about everywhere I look, I feel I had my hands on it," he said. "Having done that, it's really difficult for me to say goodbye."

Weissgerber originally opened the restaurant with his brother, who passed away three years ago. He says maintaining the restaurant was no longer an option for the family.

"I'm in my 70s now and my children and my brothers children really were not able to step to the plate and make all that happen," Weissgerber said.

Phones were ringing off the hook all week, as people made last-minute reservations to say goodbye. Dozens were turned away Saturday night due to a lack of food, and lack of space.

Hans and Ella Haus made their reservation on Monday, knowing they'd want a chance to say farewell.

"The building is like a piece of home," says Hans. "Austria, Germany, Switzerland, it's one of a kind."

Others like Dave Kunavich made sure to have one last stein at the bar. Members of the restaurant's club were given their steins to take home Saturday night.

"No matter when you come here, there's a friendly face that you see that you know," he says. "Gasthaus is very unique in the area, I'm gonna miss it."

Plans call for the building to be razed, replaced with a modern strip mall that includes a Panda Express. Many took time Saturday night to honor the beautiful building.

"There were tears," says General Manager Greg Swanberg. "Why take a building that's this beautiful and tear it down? It makes no sense."

"It doesn't seem fitting to level it and have a modern commercial strip mall here," added Kunavich.

Weissgerber closed the bar at midnight, gathering his employees together for one final drink. Swanberg says most of the employees have accepted jobs at the family's other two restaurants, the Seven Seas in Hartland, and the Golden Mast Inn in Okauchee.

"There are some real serious memories for a lot of people in this place," says Weissgerber.