It's Not Delivery. It's DiGiorno Pizza spilled on interstate 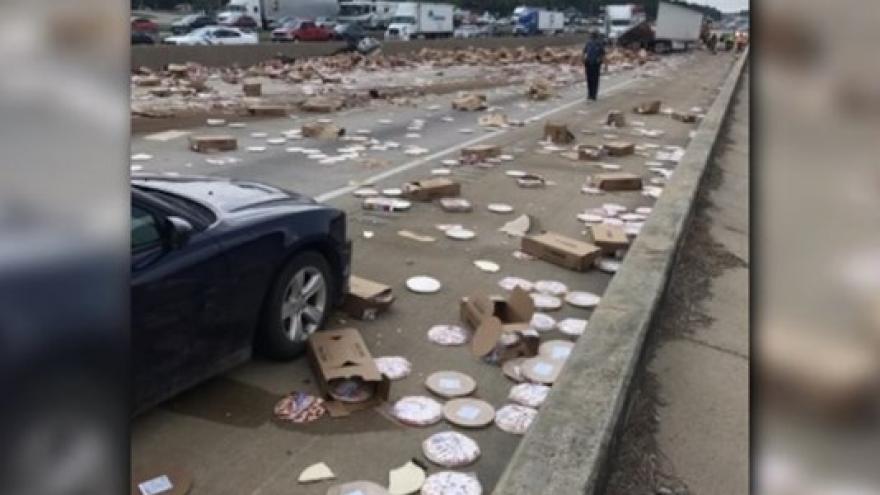 An 18-wheeler containing DiGiorno and Tombstone frozen pizzas scraped a bridge support and sliced open its trailer Wednesday, spilling them across Interstate 30 in front of the Arkansas Department of Transportation office. Agency spokesman Danny Straessle said the bridge had only cosmetic damage.

I-30 was closed for a time in both directions while crews picked up the DiGiorno and Tombstone brand pies. The highway, which goes around the south side of Little Rock, is part a major link that connects Dallas and points west to Memphis, Tennessee, and points north and east.

There was no word on who missed out on pizza deliveries because of the accident.