‘I had no choice’: Neighbor shoots, kills golden retriever 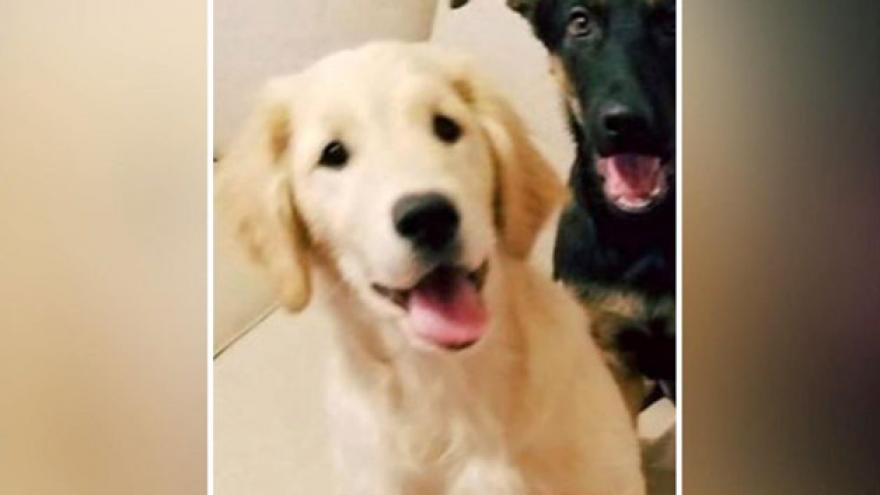 LAKEVILLE, Mass. (WBZ-TV) – A one-year-old golden retriever was shot and killed by a neighbor in Lakeville, Massachusetts. The neighbor claims the dog looked aggressive and pulled the trigger five times in self defense.

Krissy Dashner and Pat Bates can’t help but smile as they remember their puppy Walle. “He was a goofball,” said Dashner. “That’s the only way I can describe him.

But behind their tearful smiles is heartache.

“I got them out the door and both of them bolted into the woods,” Bates said. “I followed them in and started searching for them.”

“As soon as I heard gunshots,” Dashner said. “I mean they were right in our woods. Why else would someone be shooting at the same time our dogs are gone?”

Several acres away, neighbor Mark heard animals “in a frenzy” near his chicken coop.

“I grabbed my gun before I went out,” Mark said. “I have a lot of problems with coyotes and fisher cats, and raccoons and stuff getting my chickens.”

The couple’s German shepherd ran back; but the golden retriever appeared startled.

“He just attacked us and there was nothing I could do. It happened so quick. He showed his teeth and was growling,” Mark said. “I had no choice. I had to shoot the dog because I’m not going to get bit.”

“I can’t extrapolate that situation in my mind, where you would need lethal force against a 50 pound golden retriever,” Bates said.

“It’s outrageous to think if your dog ever escaped they’d get shot,” Dashney said. “It shouldn’t happen to any dog. But a golden retriever? It’s just so uncalled for.”

Animal control is still investigating, but the couple doubts their neighbor will face any charges.