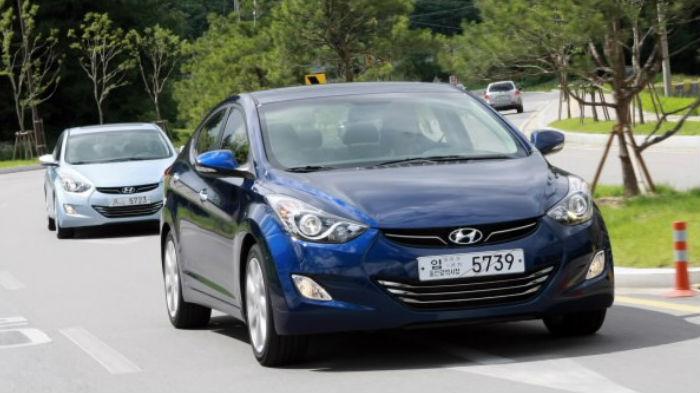 NEW YORK (CNNMoney) -- Hyundai is recalling more than 200,000 vehicles that could have a power steering defect that increases the risk of a crash, according to documents posted by the National Highway Traffic Safety Administration on Saturday.

The recall will affect Elantra sedans produced between 2008 and 2010, as well as 2009 to 2010 Elantra Touring hatchbacks. The company estimates that about 3% of those vehicles exhibit the defect.

The problem is a flaw in the vehicles' electronic power steering system, the technology that makes moving the steering wheel easier. In some cases, a control unit component senses an error in the system and disables that assistance.

\"Steering control can be maintained; however, the vehicle will revert to a manual steering mode, requiring greater driver effort, particularly at low speeds,\" Hyundai said in a recent report filed with NHTSA.

The malfunction triggers a warning light on the dashboard, and can often be resolved by restarting the vehicle.

According to documents filed by the company, Hyundai initially determined that the problem, which first became apparent in 2010, would not require a safety recall.

The level of force necessary to steer the vehicle without power steering was within compliance standards, and the flaw has not historically been considered a safety defect in the U.S., the company said.

But automakers and the NHTSA have come under scrutiny recently for failing to issue safety recalls for defective vehicles, and companies have been issuing voluntary recalls in record numbers.

\"The industry has increasingly handled similar issues through safety recalls due to the greater driver effort at low vehicle speeds,\" said Hyundai. \"To remain consistent with that industry trend, Hyundai has decided to conduct this campaign as a safety recall.\"

The company will notify owners if their vehicles need to be tested for the defect, and will reimburse owners for the repair. Hyundai did not mention any incidents caused by the defect, and did not immediately respond to calls for comment.