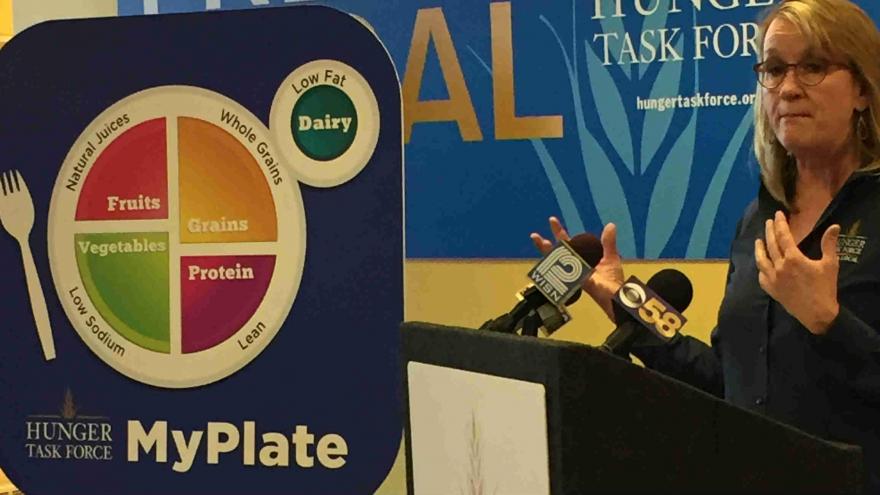 Wednesday was an historic day for Hunger Task Force.

It became the first food pantry in the nation to adopt the MyPlate eating model for healthier donations with an emphasis on fruits and vegetable and shift away from carbohydrates.

The blockbuster announcement also included a $750,000 donation from Kohl’s.

The donation is part of the Kohl’s Cares®  program and the latest development in the Wisconsin based retailer's relationship with Hunger Task Force.

The money will support the new MyPlate initiative with the purchase of nearly 700,000 pounds of food in 2017.

The Kohl’s donation provides a foundation for Hunger Task Force MyPlate operations, both in the food bank and throughout the network of food pantries, homeless shelters and soup kitchens.

"Some of us here at Hunger Task Force having been trying MyPlate." said Sherrie Tussler. "We find it's making us feel healthier."

But deficits quickly emerged, especially when it came to healthy snacks for children and animal based protein such as canned tuna and chicken breast in water.