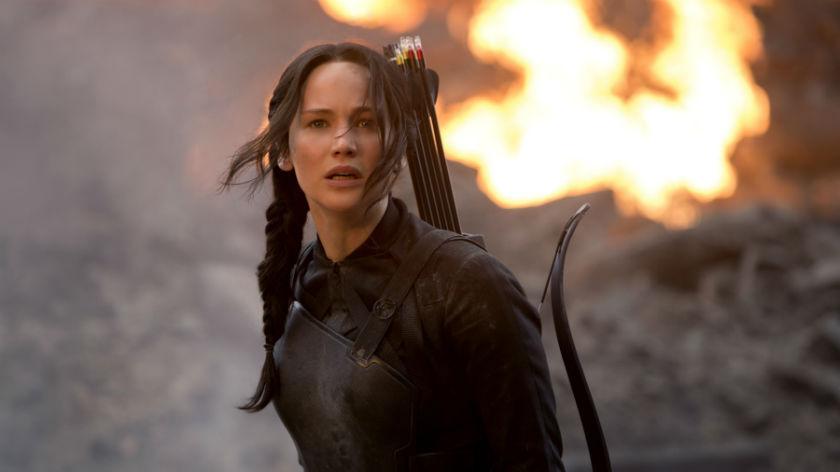 When people think of a city that stands in for a dystopian society, they might think of Atlanta because it's the home of the TV mega-hit \"The Walking Dead.\"

What they may not think of is Katniss Everdeen.

The sequels in the popular \"Hunger Games\" movie saga were all filmed in Atlanta, including the No. 1 movie of 2014, \"Mockingjay Part 1.\" So was the film adaption of \"Divergent\" and its upcoming sequel \"Insurgent.\"

Fans have flocked to the city to find some of their favorite spots, though many of them may not be obvious: Enter Atlanta Movie Tours, which has seen success with two tours based on \"The Walking Dead.\"

\"Film and television tourism in Georgia has exploded in the past five years, and we would like to think we have had a hand in that,\" founder Carrie Sagel Burns said.

\"Bringing the tourism aspect to what the state and production companies are doing makes it more 'real' to people.\"

Georgia -- along with New Mexico and Louisiana -- has seen a moviemaking boom in recent years, so those looking to see where their favorite scenes were shot no longer need to fly to Hollywood or New York.

In Atlanta, the gorgeous Swan House -- part of the Atlanta History Center -- stood in for President Snow's mansion in the \"Hunger Games\" franchise, and the Goat Farm Arts Center was a location for many important scenes as Katniss' home of District 12.

Those are among the sites one sees on the $65 Girl on Fire Tour, along with a heaping helping of information on the making of the movies and where the cast hung out when not filming.

Atlanta Movie Tours boasts of many connections in the Georgia film industry, but when it came to pinpointing the top-secret \"Hunger Games\" locations, \"a lot of what we did involved good old-fashioned detective work,\" Burns said.