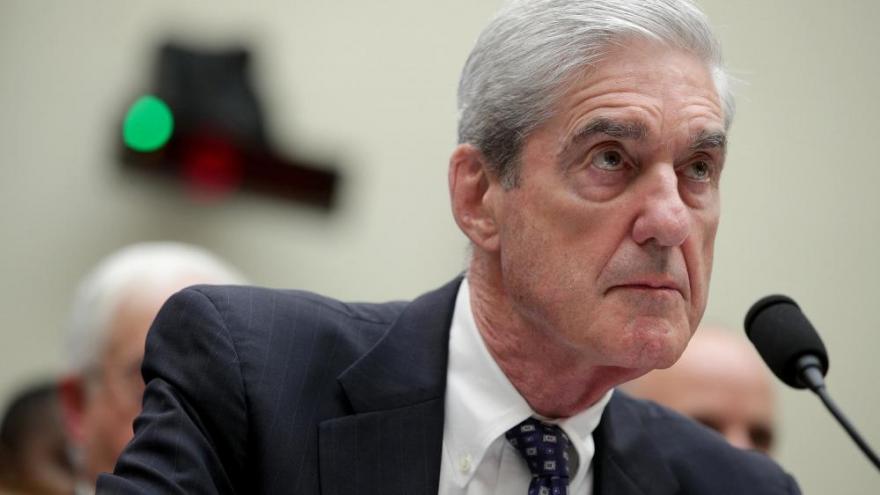 The House told the US Court of Appeals for the DC Circuit the court shouldn't delay access to the Mueller material, which the appeals court previously decided the House could see.

(CNN) -- The House Judiciary Committee says it needs grand jury secrets from the Mueller investigation as soon as Friday, so it can keep investigating President Donald Trump for potentially impeachable offenses, even during the coronavirus shutdown, according to a new court filing.

The House told the US Court of Appeals for the DC Circuit on Wednesday the court shouldn't delay access to the Mueller material, which the appeals court previously decided the House could see.

The Justice Department has tried to keep the grand jury details from the House, asking last week to block the disclosure of the details because it wants to take the fight to the US Supreme Court.

Currently, the deadline to release the grand jury materials is Friday.

If the appeals court were to pause the release to allow for Supreme Court review, the high court may not even begin looking at the case until August.

"As the Committee informed this Court in December, its investigation into President Trump's misconduct is ongoing, and the grand-jury material will inform its determination whether President Trump committed additional impeachable offenses in obstructing Special Counsel [Robert] Mueller's investigation and whether to recommend new articles of impeachment," the House wrote to the appeals court on Wednesday. "This remains true today. The current pandemic notwithstanding, the Committee's investigation is not 'dormant.'"

The House has pledged it would take steps to keep the grand jury material secret as the committee reviews it. The Justice Department, however, had argued that if it turns over the material to the House Friday, it will "upset the status quo ... irreversibly breaching the secrecy of those materials."

The grand jury material due to the House essentially would reveal what's under sought-after redacted sections in the Mueller report and in transcripts and other evidence from the Mueller grand jury proceedings, including what convicted former Trump campaign chairman Paul Manafort said about the President in his secret testimony.

The House has especially raised questions about what campaign witnesses told Mueller versus what Trump said to Mueller in written answers -- saying he didn't recall conversations about attempts to reach WikiLeaks in 2016. The House has said it believes this material could support an impeachment case that the President obstructed justice.

Mueller, in his report and in federal court proceedings, documented extensive contact between Trump campaign officials and Russians in 2016, the campaign's interest in the release of Democratic documents that Russia had stolen, and efforts to try to reach WikiLeaks as it released the hacked documents. Mueller also found several instances where Trump tried to obstruct the Russia investigation after he became President. Mueller did not find evidence to prove coordination between the campaign and Russia to interfere in the election, and left the decision on whether to charge the President for obstruction up to Justice Department leadership.